TWO MEN AND A ROAD 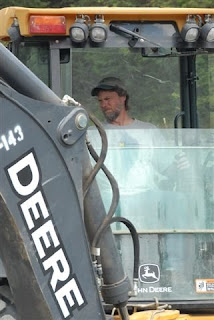 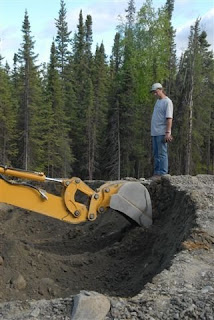 Our friend, Jerry, is doing the scooping here. They would take time out to scoop with the backhoe and loosen up a huge pile of gravel. Later on they used the bucket to pick up loads of gravel for spreading on the road. 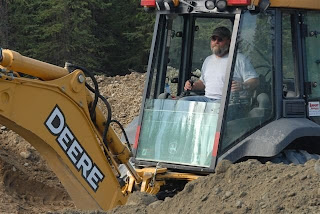 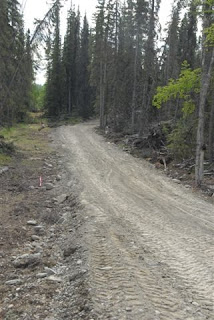 At least that half anyway. Next year, the rest. 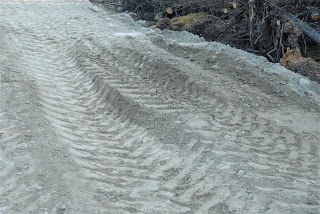 We think there might be some bad clay underneath this section. We're waiting to see how it firms up (or doesn't) over the summer. It may never work right and could cause us problems forever. We might have to dig it all up and start over in that spot. Not only the 18 inches of gravel we just installed, but we may need to dig up a bunch of the ground underneath and replace it. We have no idea what's under there that's not under the other portions of the road.

The Squishy Spot's location in the grand scheme of The Road. 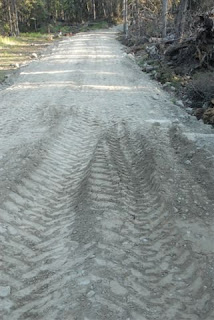 Well, half of the grand scheme because it's about half way between our access road and the cabin.
Posted by Judi at 10:14 PM