IDITAROD HEADQUARTERS
The Sled Dog Behind the Mask 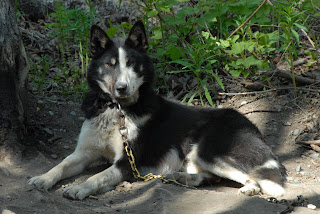 I LOVE this dog's face! I commented to the owner's wife about what a beautiful and striking dog this is, and that he looked like he should have some thespian-type name. She said she had wanted to name him Phantom, after Phantom of the Opera, but his name became Othelo. I like it.

This is what a summer time sled dog ride looks like. 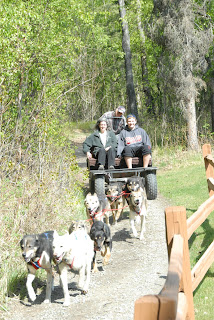 And this is what a "dog truck" looks like. 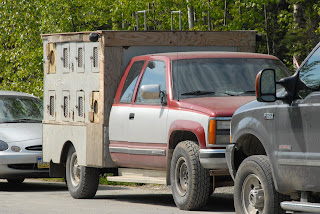 FLY BOB
In my posts from Alaska I mentioned Fly Bob, so named because he is a fly tier and there was a need to distinguish him from another Bob. Here he is with the pride of his collection. And a fancy fly, too. I mean beer. 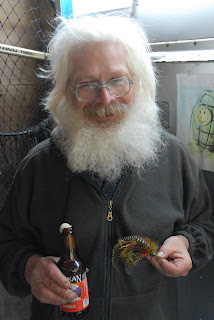 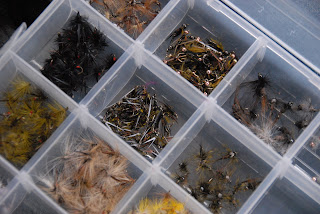 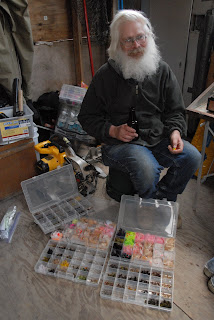 Fly Bob told us a great story. He said last fall he had been out fishing on the river and was walking back to his truck with his catch. An SUV was pulling out of the parking lot and a little girl was frantically waving at him trying to get his attention. She rolled her window down and hollered with all her might, "HI, SANTA!" Bob said it was the cutest thing he'd ever seen.


EAGLES
I love taking photos of the eagles on the beach. They are beautiful It's amazing to be in their presence. 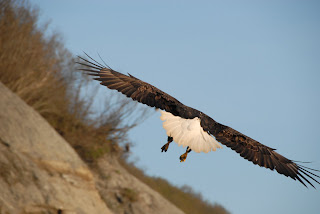 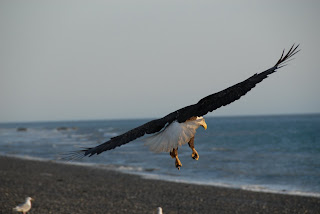 Flaps up. Landing gear down. Love it! 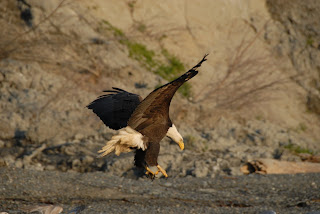 This is just to give you an idea of how many were hanging around. Lots of the birds in this photo are seagulls but there are plenty of eagles, too. 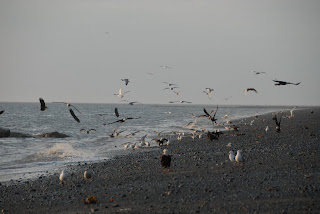 VOLCANO
We watched the steam plume rising from Mt. Redoubt all the while we were on the beach with the eagles. This was shot at about 11pm. It was actually much lighter out than this. The camera tends to dramatize sunsets, but hey, I'm not complaining. 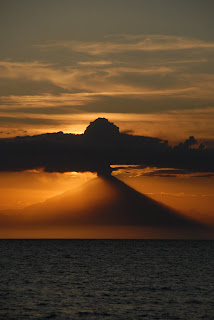