Among Devil's Club and Dandelions

In early June on my way up to Anchorage to pick up The Fisherman from his Africa trip I had a delightful drive. Things were greening up all over, though there was still an awful lot of snow in the pass. Along the highway I saw this beautiful yellow alongside the highway. 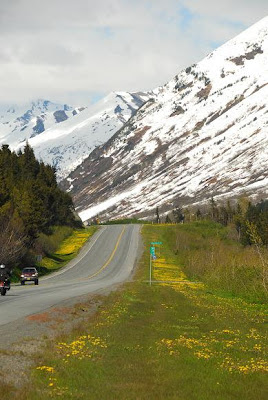 I got out to take photos and discovered the flowers were common dandelions! 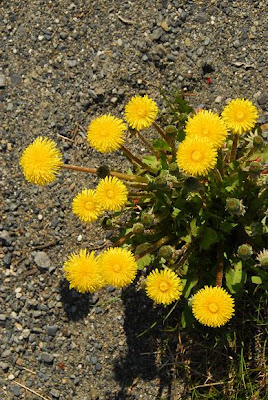 The roadside was textured with young Devil's Club. I love seeing the early leaves sprouting out. Love how they're all bunched up and small. 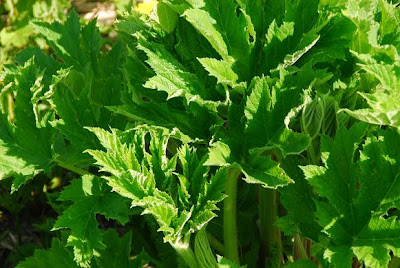 Devil's Club is not something you want to touch. I believe it causes tremendous itching if nothing else. But I do love the leaves. they grow low to the ground and get huge. Ten inches across. In the Fall they turn yellow. But here they are just unfolding their baby leaves of spring. 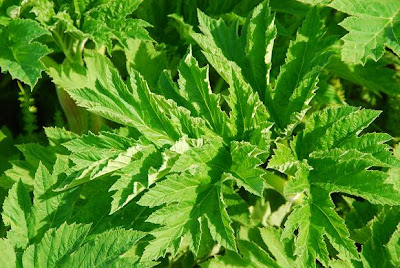 Dandelions, like everything else in Alaska, grow very large here. These are a little larger than normal size but I've seen some 2 inches across. 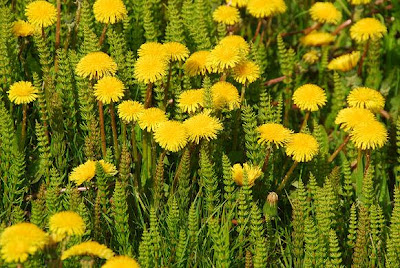 I loved the textures and lines I was seeing among the Devil's Club and Dandelions. 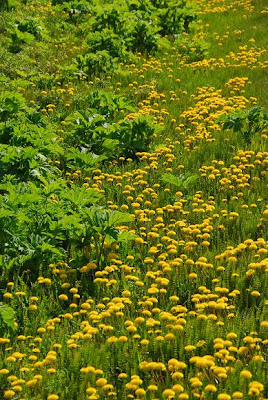 Alaska. Africa. It's All Exotic.

Shortly after we arrived in Alaska for the summer, The Fisherman got an urgent phone call from the ministry he's gone to Africa with. They target impoverished Jewish communities and conduct medical missions. The Fisherman has been to Ethiopia three times with them. Last February he went as their photographer. He did such a fine job that they want to use him again on all upcoming trips. The first-ever trip to Zimbabwe, however, already had a photographer assigned. Until May 4th. That's when we got the urgent phone call at least.

So, off went The Fisherman to Zimbabwe in late May. I never really imagined I'd be camping in Alaska alone for a while this summer but that's what happened. At first it was weird. At first I was scared and felt very homeless.  But I quickly got into a routine and all was well.

The Fisherman had another awesome time in Africa. Over 7000 people were seen in the medical clinic that one week. Even more amazing is the number of people who asked for prayer, heard the Gospel for the first time, and accepted Jesus Christ as their Savior. Over 5000! Wow!

Things have settled in at work. I don't feel like I'm trying to learn how to build a house in an earthquake any more. We're fixing to get super busy here in the next week or so. When the fish come in, this whole peninsula will be crazy busy. It's already picked up considerably but fishing is poor right now. It will get much "hotter" later on.

The Fisherman has been working half days so far. Today was his first "double" where he guides two boats in a day: one morning and one afternoon. I'm thankful it's blue skies for him. There are plenty of days when it's pouring rain all day long and about 50 degrees. Sitting in a boat all day in the pouring rain, working with his hands tying knots, cranking reels and untangling "birds' nests" can be pretty tiresome I'm sure. Things will be picking up for him, too, pretty soon. Soon he will be working doubles seven days a week for about 7 weeks. Yikes!

The fireweek is coming up around town. The stalks have been growing strong but I saw my first hint of pink the other day around the shop. In several weeks, the landscape will be ablaze with hot pink flowers standing about 3 feet tall. Love the fireweed.

That's all for now. I'm going to work on catching up with photos and posts from some of my experiences in the too-many-weeks since I last posted!
Posted by Judi at 8:13 PM No comments: