I didn't think so.

Tough. Here it is anyway.

(Trust me; it'll be good for you after 4 days of pensive posts.)

And I apologize for the poor photo quality. And the cat hair.

Here's some of my favorite multi-stone stones: 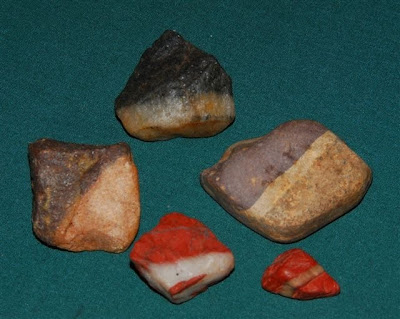 I do love rocks. Here's a couple small pyramid rocks, my triangle rock, and my half-a-rock flat-bottomed rock. I found the half-rock along the Russian River in Alaska: 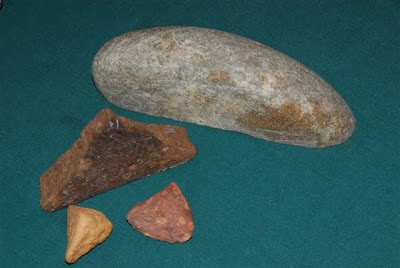 And here's my piece of cheesecake and piece of fudge: 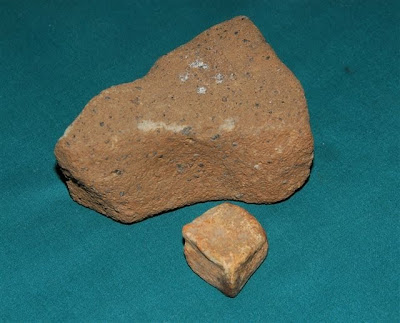 Now here's a fun one. I found this one squashed in a back hoe track during our road building (and here) days this summer. It was in two perfect pieces, split by the weight of the back hoe, but later that little end broke off altogether. I was bummed. 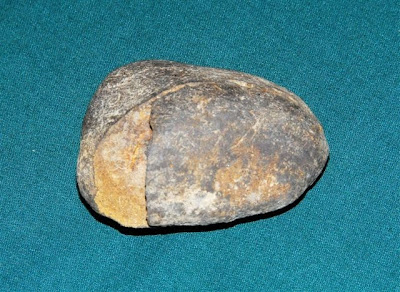 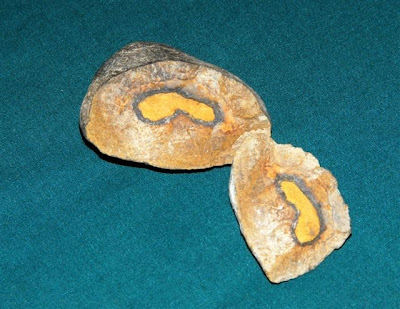 This next one is the coolest rock we have. It's seriously cool. It is literally an ancient tool. My husband found it while working with a friend on a grueling landscaping job at an office complex. Isn't it amazing? It fits so perfectly in your hand. 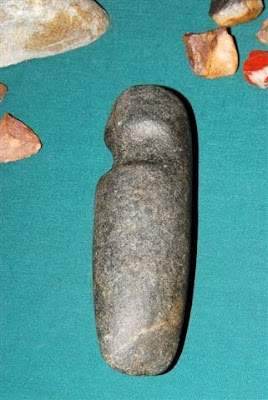 Told ya it's cool.


And then there's the cool Kenai River rock my husband brought home from Alaska one year for me. He'd bought me all kinds of gifts that year: t-shirts, moose antlers, you know...just the regular stuff. Then he hid something behind his back and said, "I have one more thing." He brought this rock out from behind him and I gasped. I loved it! And I loved his special way of presenting it to me. Now, I loved the rest of the stuff, and especially the moose antlers (they're not cheap), but for some reason, I really loved this rock. I think it was because I could picture the whole scene when he found it: standing in the frigid Kenai River in his chest waders, fishing pole in hand, stringer of salmon on the shore...he turns and happens to look down and sees a cool rock...and thinks of me and how much I would like it. Here's my Kenai River Rock: 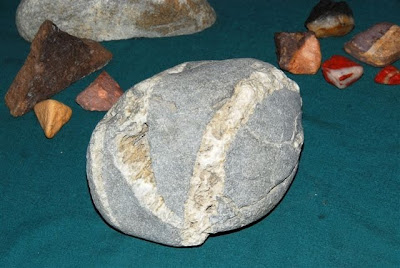 And now for something from Minnesota. This is called Kasota Stone and it's quite common in the area where our friends live. A couple quaint blocks from their home in very quaint St. Peter is a church that got hit by the tornado blowing through town about 10 years ago. Our friends' house was fine but the church suffered a lot of damage. It was made of this beautiful Kasota Stone. Because they had to entirely rebuild, they were allowing folks to come and take away any of the stone they'd like. Our friends picked out a nice huge rectangular block that they use in their backyard as a bench for the kids. I grabbed this little flat chunk to slip into my suitcase. I bring rocks home from everywhere! 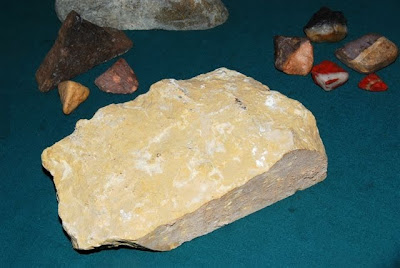 And then... This is some coal from their basement. Their house is about 80 years old and was originally heated with coal. There were still some straggling pieces left behind after all these years. Into my suitcase these two went. I love the connection with history like that. (Oh, and the 1/4" thick slab they're sitting on is from Alaska. I brought home four of them to put votive cups/candles on for the table. 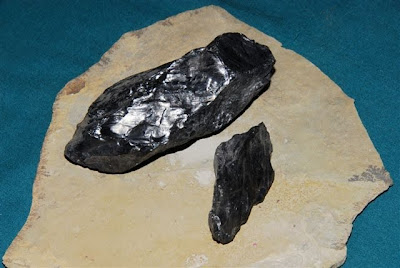 Here's my propeller rock. I thought about giving it to Rusty's boss, the pilot, but I just can't part with it. My dad and brother would like it, too, but...I'm selfish. 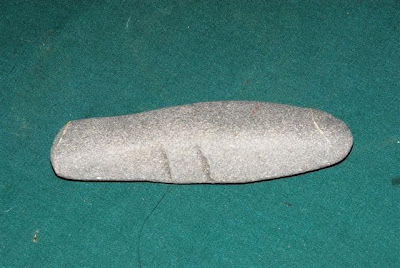 And here we have a piece of The Great Wall of China. My husband accompanied his mom on a 10-day trip to China several years back. As he was leaving I said, "Bring me a peice of The Great Wall!" Thinking this was probably illegal, he questioned me. "Just a rock from around the base is fine." As there was much rock rubble at the base of the weathered wall, there's no telling if this is actually a peice of the wall or just a rock. Even so, it's a rock that's been there for centuries. And now it's in my house. And here it is...resting against the cheesecake...with the fudge looking on: 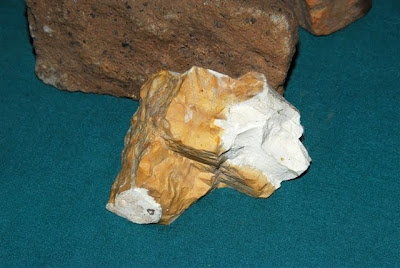 This is one that's in a group photo above, but it's double cool so deserves a repeat. Have you ever seen that candy that's made of caramel, marshmallow, and chocolate caramel? They're all sandwiched together in a striped pattern. This rock reminds me of that. 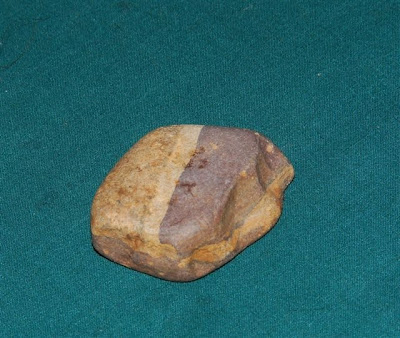 The back is totally different and very cool, too: 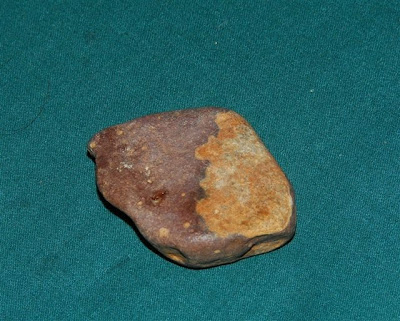 And here is our Rock Window Ledge: 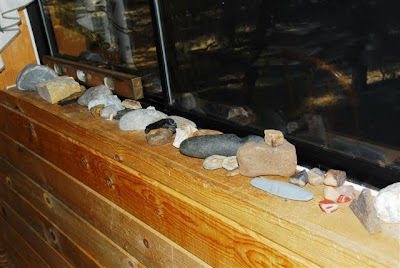 Thus completes today's geological slide show. Stay tuned tomorrow for pictures of my lint collection
Posted by Judi at 9:23 AM