I just finished reading A Schoolteacher in Old Alaska: The Story of Hannah Breece. 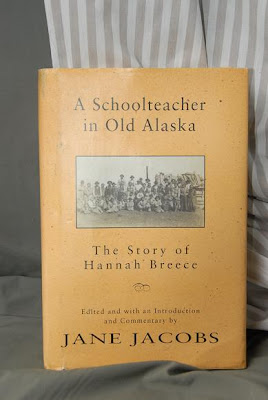 This book was given to me by a dear friend from high school. 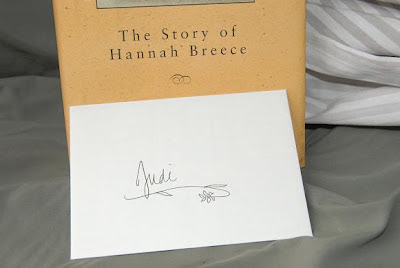 She lives in Maine. We stay in touch sporadically but are regularly in each other's thoughts. Her sweet note accompanying the book said she'd had the book on her bedside for quite awhile waiting to get it sent to me. She said she'd miss having it there to remind her of me and our Alaska adventures, so she replaced it with a picture of us. I was so touched. She is a sweetheart, my friend Kathy.

AND, this is a book I had been eyeing for a couple years but had not yet bought. I was excited to dive in and began reading it before we left Arizona.

Hannah Breece was quite a woman. She taught school in isolated villages across Alaska for over ten years in the early 1900's. The early 1900's!!! She was strong and brave, a good teacher, a Christian woman who was passionate about temperance, and wanted to be sent to remote places where she was needed the most. She loved getting a new school established in a village that previously had none. She loved her pupils, the community, and loved seeing them catch the spark education gives those hungry to learn. She never stayed in any one place more than three years, always wanting to move on to ignite that spark in other places where no other teacher wanted to go or remain.

She did all this in her forties and fifties. She disembarked steamer ships by climbing down rope ladders to a dingy below. She traveled by the assistance of guides she'd never met, trusting them to lead her and protect on the rugged journeys to her posts. She was left waiting alone in isolated places for expected ships delayed by weather. She spent a week alone at one rendezvous spot sleeping in a cache each night to protect herself from bears and wolves. (A cache is one of those elevated little storage cabins. They're on stilts some 15 feet high so that bears and other animals can't get inside. People store their food in there and, as in Hannah's case, it can be used as a safe shelter.)

Miss Breece's experiences were so far from any "adventure" I can ever fathom myself doing, I was left very impressed with her grit, her courage, and her determination to avoid self pity, which to her was the worst of all emotions. Her teaching posts were so far off the beaten path (and there were hardly any "beaten paths" in Alaska back then) that she often had to travel on foot, horseback or by dog sled for days before she could even reach the point where she was to await a two week journey by ship. Earthquakes, bears, avalanches, raging rivers, she faced them all. Her memoir only reveals a few hints of fear and dismay. I'm sure she felt them more often, but she refused to dwell on them.

She was an amazing woman. I was so inspired by her stories.