Much like handcrafts and arts have taken to the Made in Alaska symbol, I believe the Alaska Grown symbol started with the local farming industry wanting to denote their products as Alaska grown. 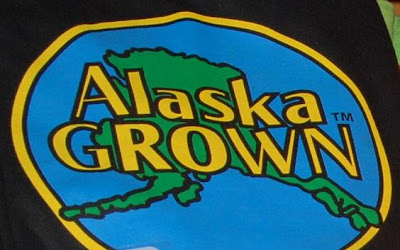 But now the Alaska Grown thing is all over the place on t-shirts, hoodies (aka, sweatshirts), and on baby's onsies. 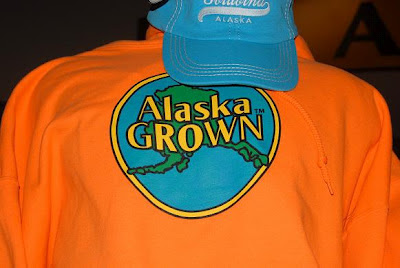 And nearly always in neon bright colors.
They come in black, in "highlighter" yellow and in various blues, too.

Though they're for sale in all the tourist sections of stores, I feel it's only honest for locals and natives to wear them. After all, they're the only ones who can say they've grown up here. But then again, what about other kinds of growth? I suppose there are some who can legitimately say Alaska has grown them. OK. I've just changed my mind. There may be people other than natives and "sourdoughs" who have the right to claim they've been grown by or in Alaska.

But, that's not the reason for this post. I wanted to talk about plants.

How does the Land of the Midnight Sun grow things? Well, when you own a greenhouse nursery, it goes like this.

In January, you plant four seeds in little starter sets.


In February, you transplant the seedlings into a four-pack - one of those little plastic trays with four cups for four individual plants.


In March, you transplant them into a small pot.


In April, you transplant them again into the pot they'll live out their days in.


And in June, you get this: 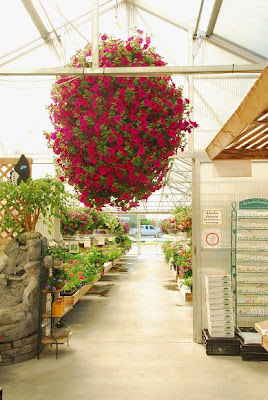 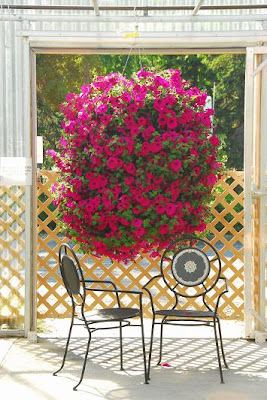 Get out!  My mouth fell open when I walked into the nursery and was greeted by that first plant.
Then it curled up into a smile. 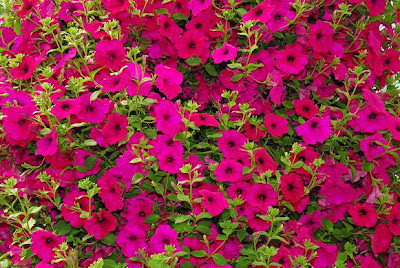 I took the next one from underneath, looking up into the hole
created by about three or four feet of hanging flowers. 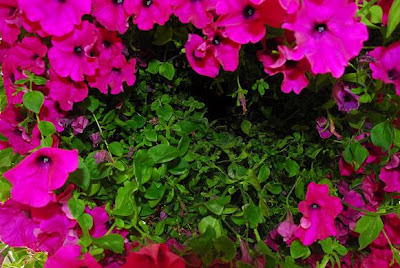 More ALASKA GROWN flowers tomorrow.
Posted by Judi at 8:07 AM