There's a guest in our house this week.

And his name is Clancy. 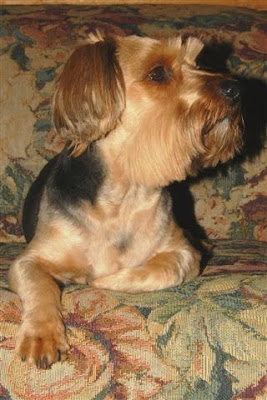 I realize that he gets fairly lost with our wild floral tapestry couch as a backdrop but even so it was the best place to shoot his picture at the time (which was 5 minutes ago in a messy house).

He and our two cats are getting used to each other...slowly.  Bobo is bold and outgoing, so he and Clancy are making their way steadily.  But Mama Kitty is a recluse.  She hides and thus hasn't had much exposure to Clancy.  Consequently, they're a little on the outs with each other still.

But Clancy is just the cutest little dog.  He's a Yorkie-Poo.  Part Yorkshire Terrier and part poodle.  He's way bigger than a Yorkie but doesn't have the curly hair like a Poodle, so they're not sure of how the mix plays itself out mathematically. 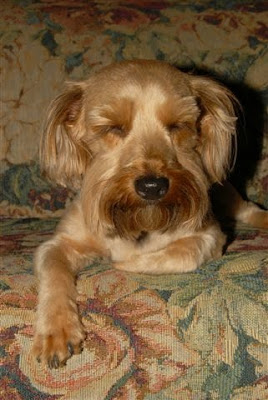 He blinked.  I don't think I've ever known a dog to blink when getting their picture taken.  This guy sure did.  But get a load of those eyelashes!  I'm told that they're really eyelashes and not just hair above his eye.

He's so sweet.  Gentle and obedient.  Always wanting to please.  Rolls over to get pets.  And his tail..... his funny little tail.... 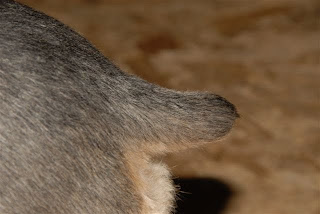 is always going a mile a minute!


I'm really enjoying having him.  Mr. Clancy.  (Sounds much more sophisticated than what I've taken to calling him most of the time which is Bubba Doo.)  I think he looks as distinguished and full of character as a Clancy should. 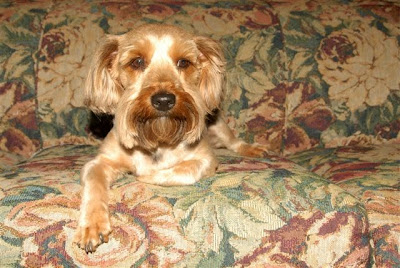