Ethiopia - The Clinic, The Team, The Prayer

(two posts today, so scroll down)

If you've forgotten by now, or are just tuning in, this was a Christian medical mission trip to a Jewish community in Ethiopia.  And I'm finally getting around to posting photos and information about the Clinic itself.

After setting up the clinic over the weekend, the team of 58 doctors, dentists, nurses, techs, pharmacists, prayer team and worship team members, and administrative personnel drove to the site on Monday morning.  They saw  masses of people already waiting in line for the clinic to open. 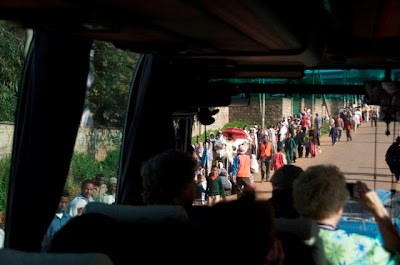 All week long thousands of people waited in line. 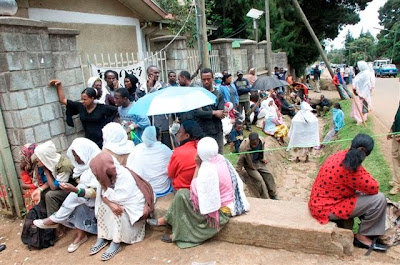 The line stretched way down the street and around the corner to neighboring streets. 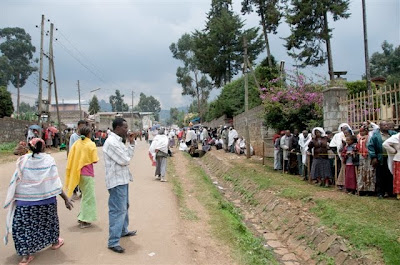 The need is so great.  The heartbreaking truth is that thousands waited and were not able to be seen by the end of the week. An absolutely gut wrenching and heartbreaking reality of human limits.   Thousands more came in need of care than the team was able to see.  I am amazed that they saw nearly 10,000 in just 5 days.  Astounding! 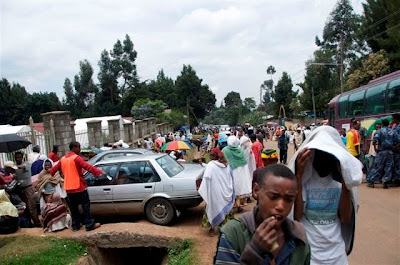 The Fisherman's position was in the prayer room.  There were 13 tables set up at which sat a JV team member and an Ethiopian Christian translator.  All day long these beaten down and broken people lined up to receive prayer.  The moment one left the table another one was approaching to sit down.

I was curious about how it would be, sharing the Gospel of Jesus as Messiah to Jewish people. These people are so broken and weary, beaten down by their poverty and hardships.  They do not have the same kind of walls and defenses toward Jesus as one would expect a Jew to have.  Their need is so great, the Gospel truly is GOOD NEWS to them.  Their Messiah has already come and He offers them the FREE GIFT of new life and eternal life.  They do not have to earn it by keeping the vast and intricate Jewish LAW, the Old Testament Law.  Christ came to set us free from The Law.  He came to show that The Law (all the rules and regs) was only a means to show us our helplessness and great need for a Savior.  We can't earn heaven.  We can't earn reconciliation with God.  It is impossible.  And the consequences of not being reconciled to Him are great. That's why Christ came to die in our place. He paid the price.  We get the life.  He made the great exchange.  He took our sin and gave us His righteousness.  Those who believe, receive it and are reconciled with God for all eternity.  Many of clinic's patients welcomed this message, this good news, with open arms.

Of the 9750 people assisted, 918 received Yeshua (Jesus) as their Messiah. 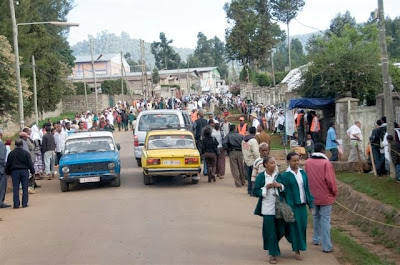 THE TEAM * THE PRAYER

Daily the team would gather to worship together, singing songs of worship and praise to our great God.  Getting their hearts and minds focused on Him and their purpose for being there, each morning anew they dedicated themselves to be used to meet the needs of these people so loved by Him. 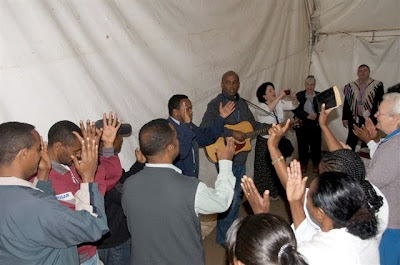 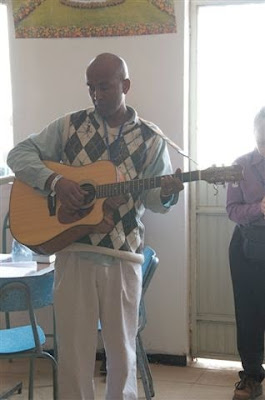 With the nationals and the Jewish Voice team, there was quite a crowd of loving people eagerly desiring to serve the thousands of people seeking medical and spiritual help. 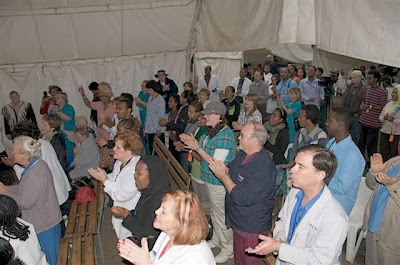 They spent time every day in prayer.  Prayer for their work, yes.  But prayer for the people who needed not only them, but Jesus. 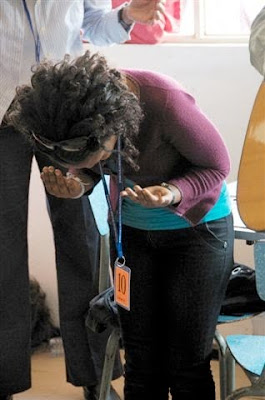 The needs is so huge that emotions were often intense and overwhelming. 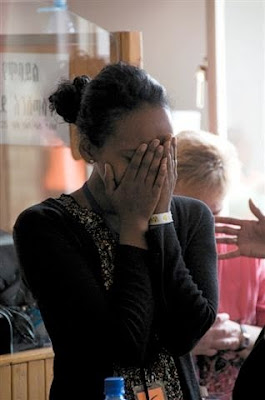 The Fisherman said he was (by far) not the only one who experienced waking up in the middle of the night, in tears over the vastness of need presented before him each day.  Individuals, sick and poor, bearing up under enormous burdens.  Individuals loved by and precious to God.  So in need of knowing Him and His love. 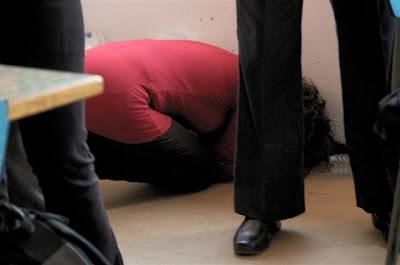 This team of ordinary people wanting to give what they can, prayed for the people they were meeting and treating. They took their needs and brokenness before God and with fervent and breaking hearts petitioned Him on behalf of the tens of thousands waiting at their doors.
Posted by Judi at 8:30 AM