(Three posts today.  Scroll down and start at the bottom.  We'll get trhough this, I promise.  We're almost done.)

The roads in the villages and country look quite different from the city roads, 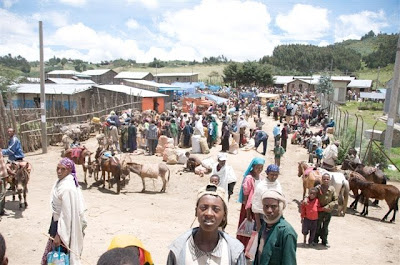 As they left the villages, the roads became less congested and this was a common sight: 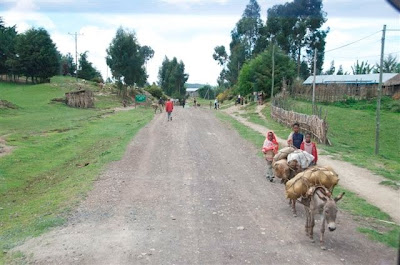 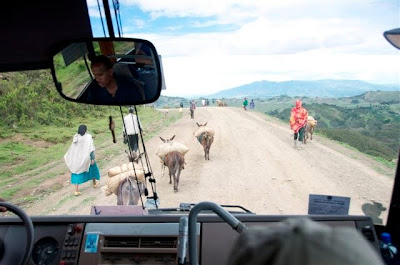 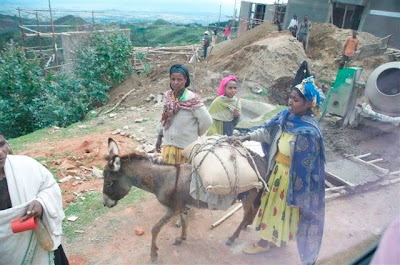 Getting closer to the city. 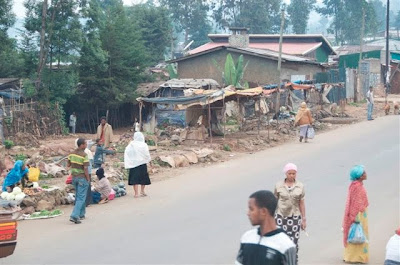 Getting MUCH closer into the heart of the city. 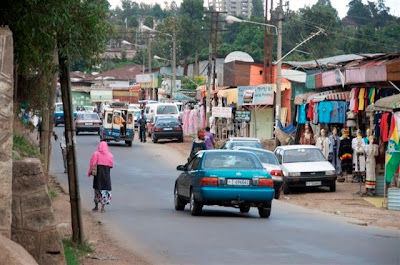 In the big capitol city of Addis Ababa, these blue taxis were simply everywhere. 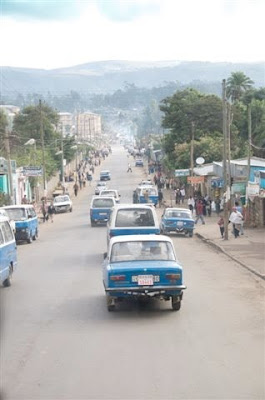