Tuesday, May, 1, 2012
Took off headed north, looking for The Mountain and also The Lights. We drove north to Denali, Mt. McKinley. We planned to spend a couple days up here driving into Denali Park looking for wildlife, views of Denali, and the Northern Lights. We ran into a snowstorm instead. Tourist season's official beginning is typically May 15th. We knew we were early but we've been early before. The park lets you drive in on your own the 35 miles to Teklanika campground. But we couldn't even make it past Savage River (about 10 miles in?) because of the snow accumulating on top of the gravel road and underneath our two bad tires. Still we saw some caribou grazing on the vegetation newly uncovered with spring's arrival. 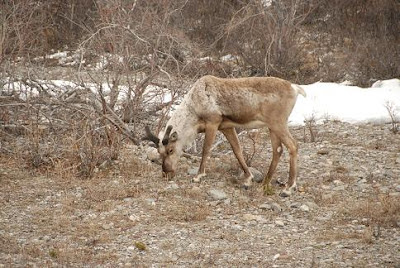 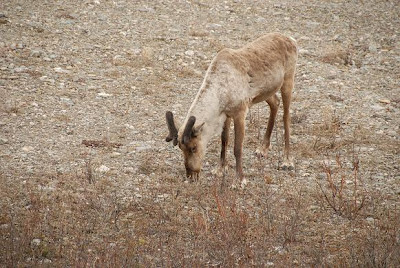 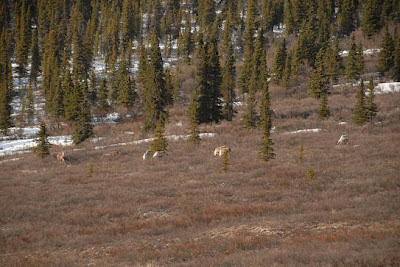 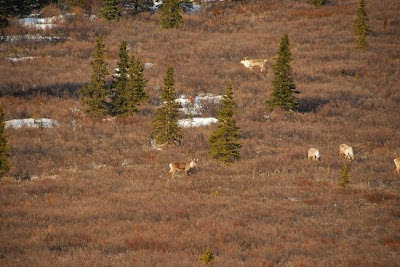 It was COLD. 19 degrees. The mountain tops were shrouded in thin veils of snow. 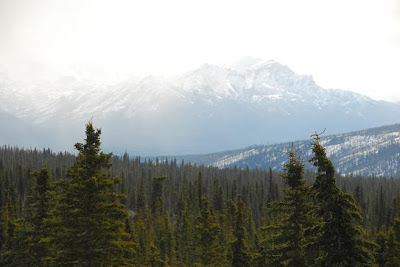 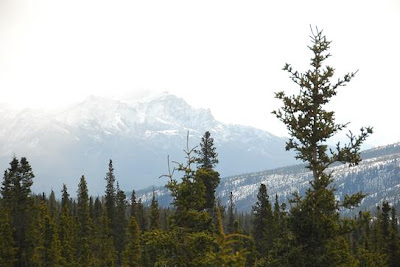 The snow on the way up produced some cool splashes of snow and slush all over the van. We may not have noticed it before it melted if we hadn't stopped roadside in the park to make some sandwiches. Someone pulled up in front of us and got out. It's common that when you see someone stopped at the side of the road, it's a sure bet they've spotted some wildlife. So when they stopped we thought, Oh they're going to be disappointed. When they got out and approached the van with their cameras we thought they'd be even moreso. But no, they asked us if we'd mind if they took some pictures of our van because of the ice formations. Huh? We went outside to look, and, I'll be darned. We got our cameras, too. 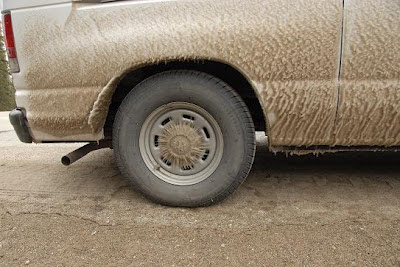 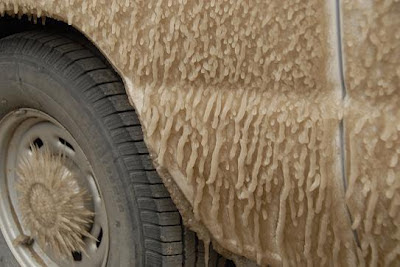 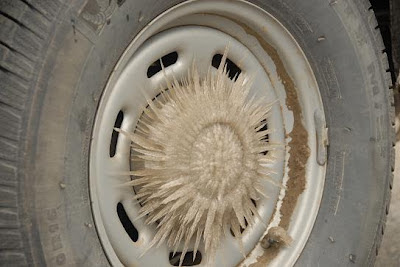 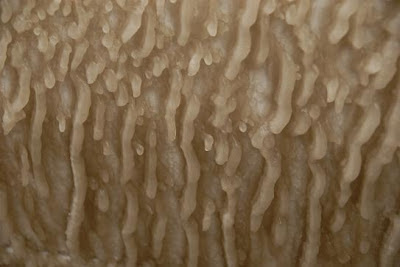 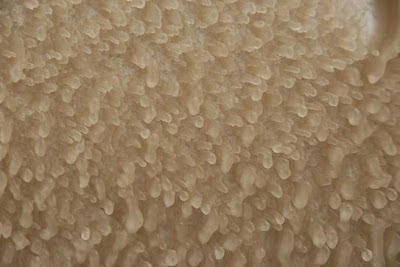 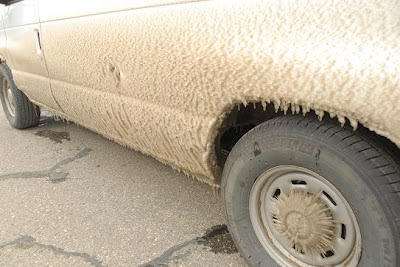 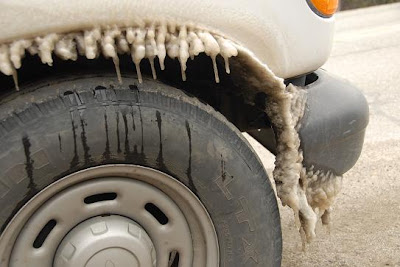 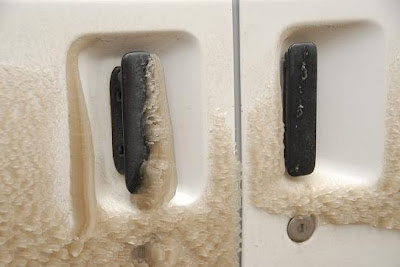 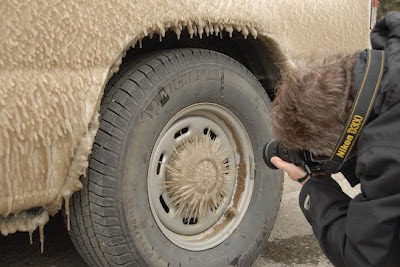 We learned the season up here is actually starting a week later than normal due to the Princess Cruise Line's change of schedule. They won't be running train trips up to Denali, or opening their hotel there, until the week after the 15th. All of the shops will be opening a week later this year. When you only have 100 days to earn your year's income, the loss of a week could be significant. We found only one shop open. They were mostly stocking their store but decided to turn the Open sign on. Boxes were everywhere while employees were folding and stacking t-shirts, pricing knick knacks, and dusting the remains of last year's merchandise on the shelves. The rest of the "town" of Denali Park was literally boarded up. With the dark weather and occasional snow, it was an eery and lonely place. We didn't like it.

We found gas and a restaurant open 10 miles farther down the road in the town of Healey. Only open two days, there was a nice crowd at the 49th State Brewery at 9:30pm. Free wi-fi enabled us to get online and check the weather and the aurora forecast for the next couple of days. Not good. We decided to head down to Talkeetna tonight.
Posted by Judi at 6:25 PM