There's a particular stretch of road in Canada that I especially love. The first couple miles include this beautiful meadow with horses. 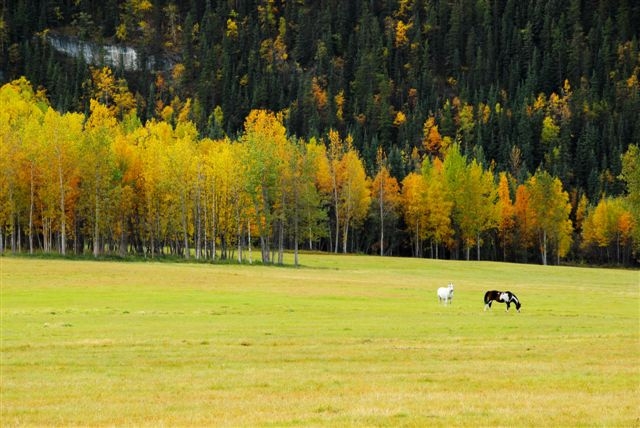 On one side of the meadow is this house. What a gorgeous setting! 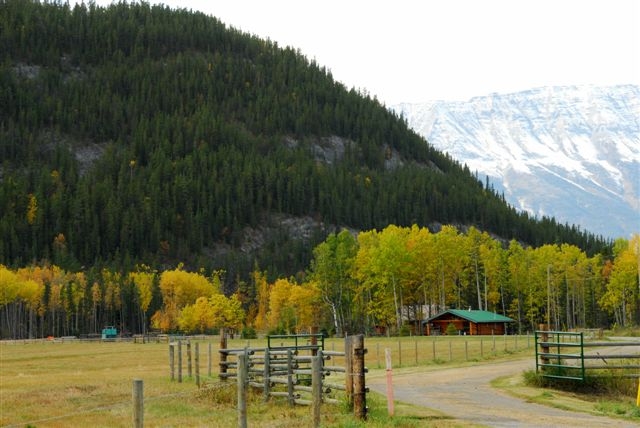 On the other side of the meadow is this house. 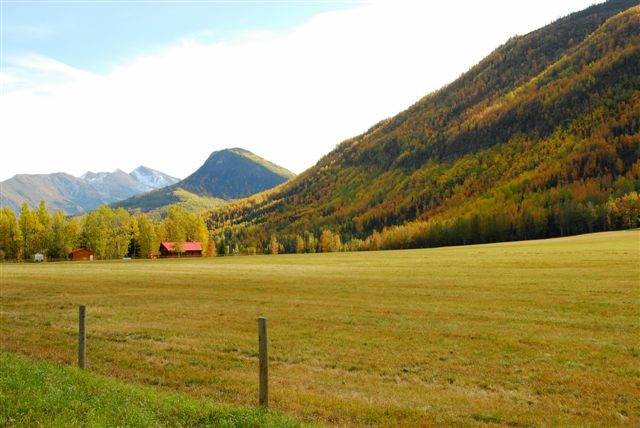 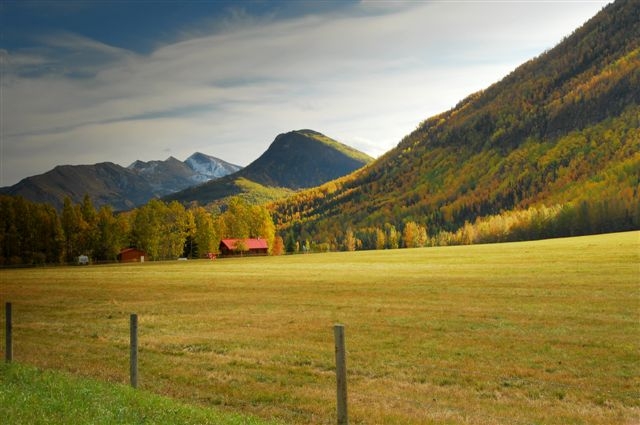 This photo would be so much better without the red SUV in the driveway. 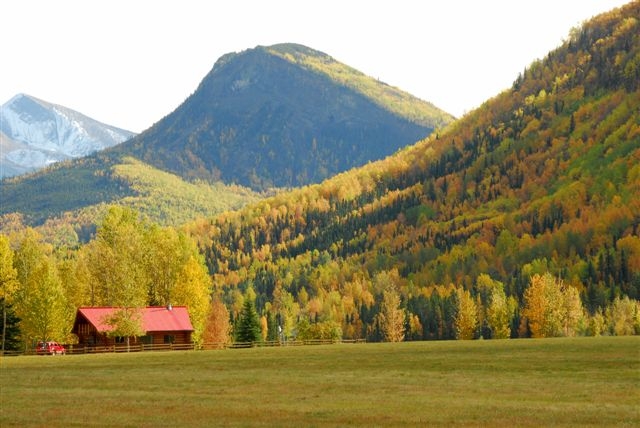 I was having trouble getting my camera settings for the right exposure. The Fisherman took this next photo with my camera but using one of his graduated filters. It's dark on one side, clear on the other with a graduated middle. The foreground is so much darker than the background because it's in the shadows. If you expose for the mountains, the foreground will be black. If you expose for the foreground, the mountains will be washed out.  See how perfectly both came out using the filter. 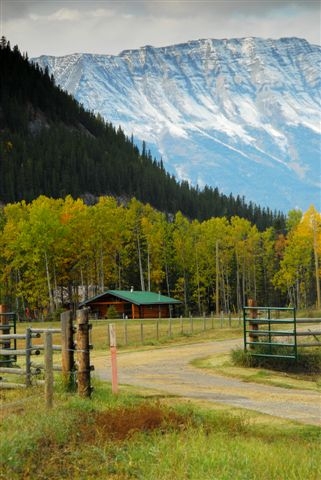 Now scroll back a couple photos and notice in the horizontal version of this scene just how washed out the mountains are. I love those filters. They're kind of a pain to use but they work wonders.
If I used one for the photo below, the sky would be beautifully blue, as it was in real life. 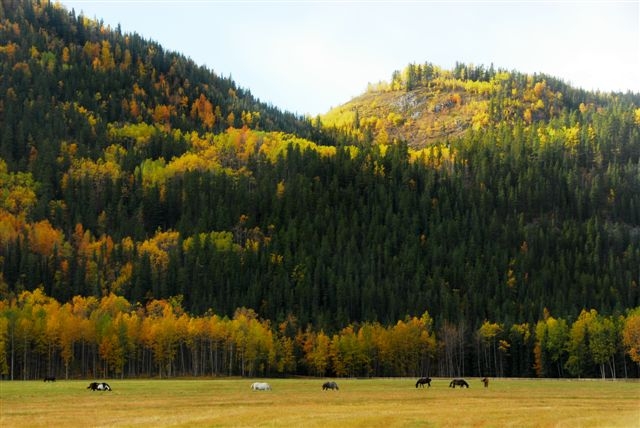 Last year I bought this book 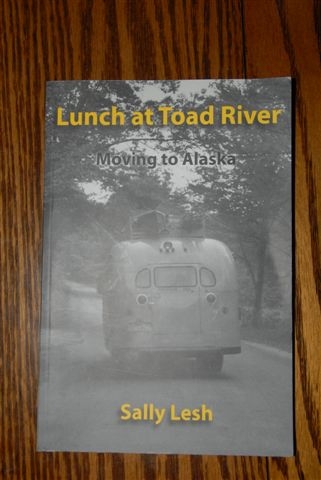 And I bought it here 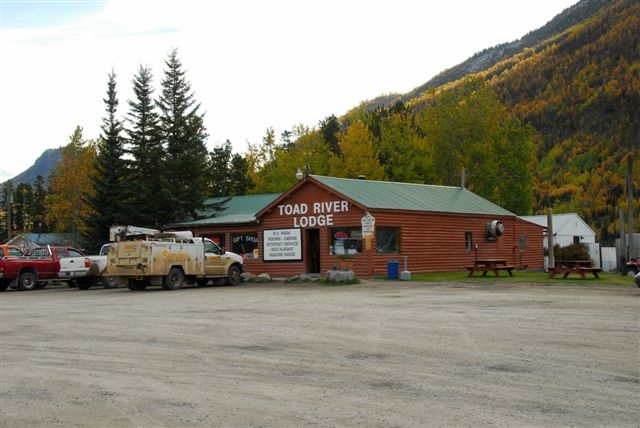 The book tells the story of the Lesh family (all 10 of them) who moved from Massachusetts to Alaska in an old bus in the early 1960's. Wife and mom, Sally, was not nearly as excited about it as her husband but she went along with it all, engaging in the plans and the journey as much as she could. On their way, they stopped at Toad River for lunch. It was closed so they fixed a picnic lunch and enjoyed it on a log by an old cabin.   She tells the story of how that old handmade log cabin changed her. As her husband measured and talked about making their cabin in the same fashion, with the same joints, a new heart sprang up in her. She became fully invested in their adventure.
I think this is the very cabin. 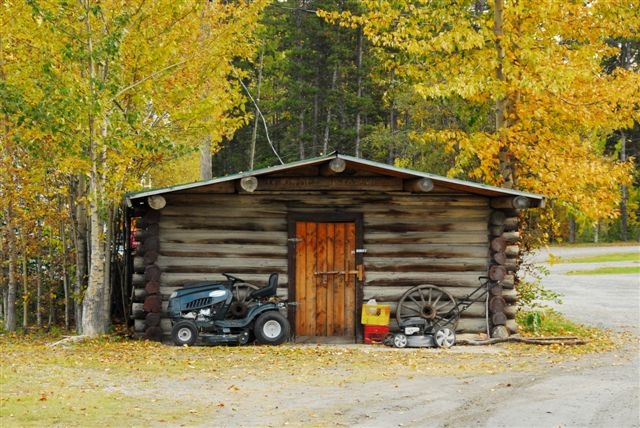 It looks like it's used for storage today, but I love imagining the people who built it, way back when, and the lives they lived there. Was it a family? Was it one man? A trapper maybe. Perhaps a man seeking his fortune panning for gold in the Toad River. Did he name the river in disgust, abandoning his dream when the river turned up more toads than gold?
I wonder about these things.
Because we have plans for a genuine log cabin someday, we always take pictures of them. I'm always fascinated with the joints and how they look. The Fisherman studies them, just like Mr. Lesh did, trying to learn how to duplicate such construction. 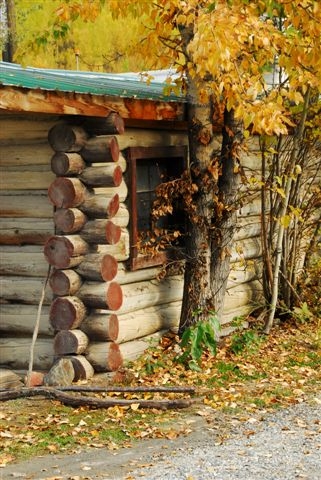 And, no, we didn't have lunch there.
But we only got a mile or two down the road and simply had to stop for a beautiful birch forest.
Tomorrow...
﻿
Posted by Judi at 8:38 AM