Just a few miles after the meadow and Toad River we came upon this fine birch forest. Or is it aspen? We're not sure, even though we have a tree book. We pulled over and spent a half hour taking pictures. 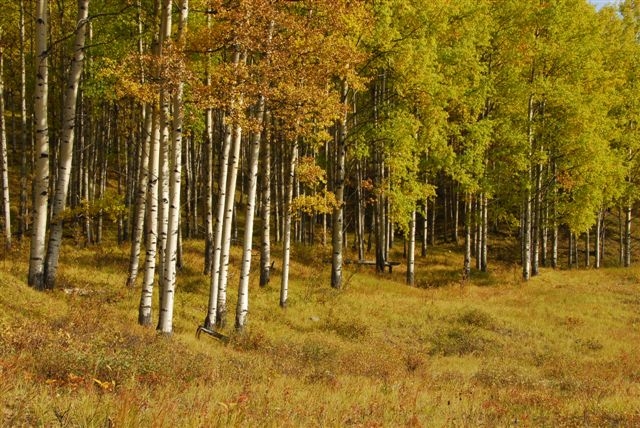 I think I might have liked the photos better if it had been the height of summer and the grasses were a vibrant green. Still, how can you resist those yellows and browns of autumn? 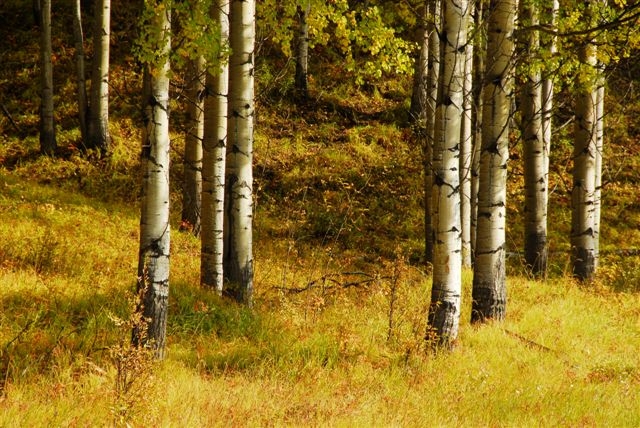 I found it such a beautiful scene. 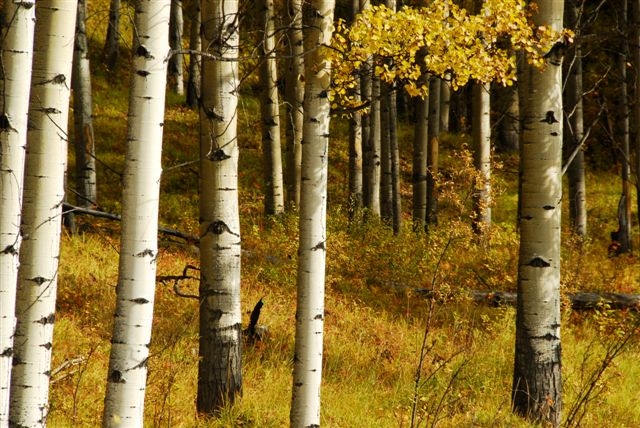 And look what a blue sky adds to things. 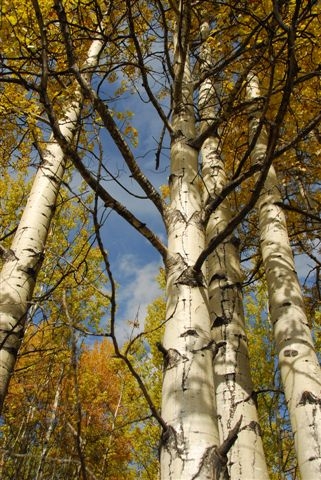 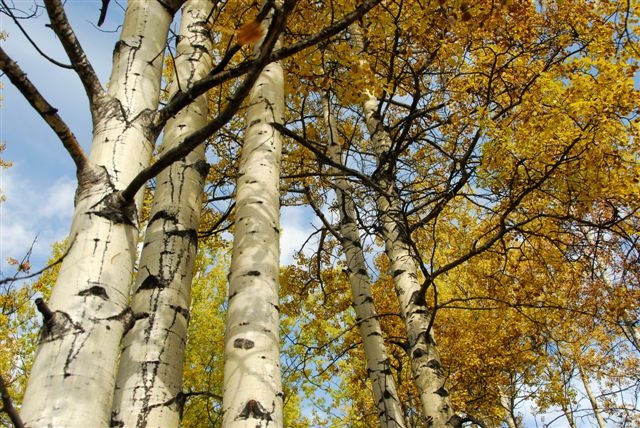 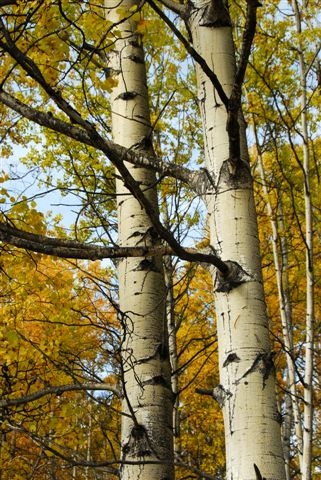 I took in all the beauty of the forest at first. After awhile, I started focusing on the trees. I'm always drawn to the details, the close-ups. Soon I began taking photos of the bark, thinking of how I'd enjoy sharing them with my friend, Angie. She loves bark. Right, Angie? 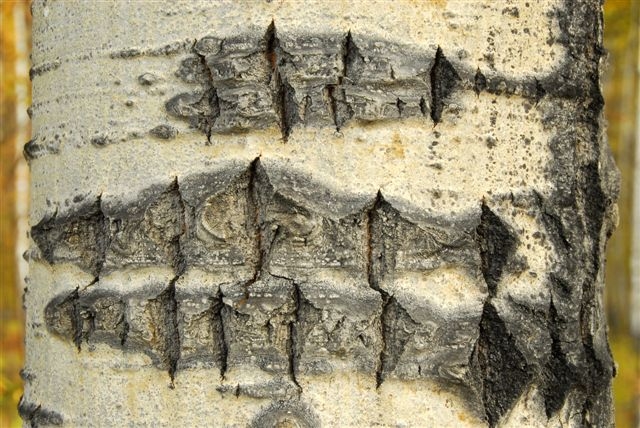 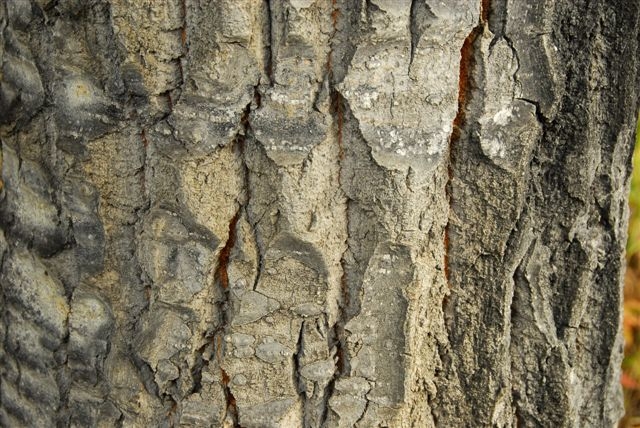 I can't imagine what kind of tree trauma might have caused this unusual scaring, but it sure turned out pretty. 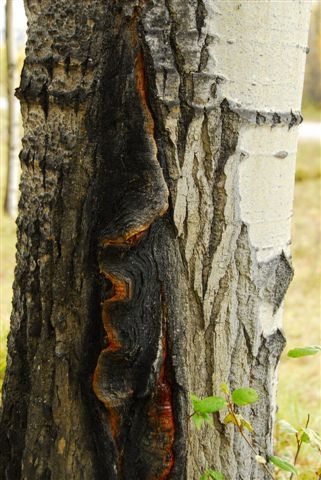 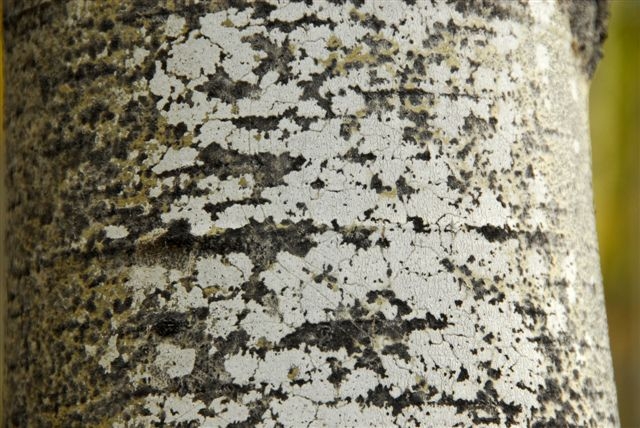 Or what causes this typical feature. Anyone know? 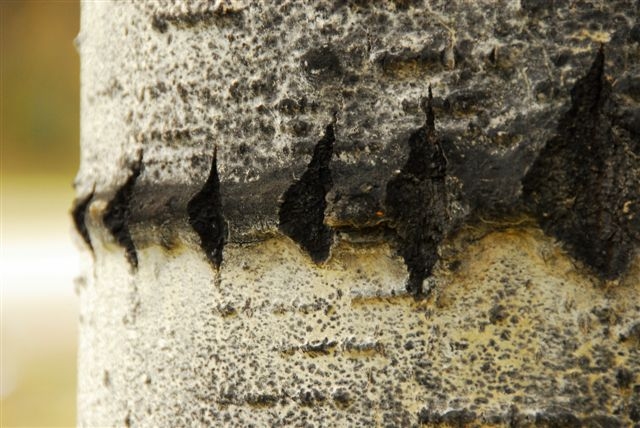 Now this one, I think I've got figured out. That looks like a scar from a bear claw to me. 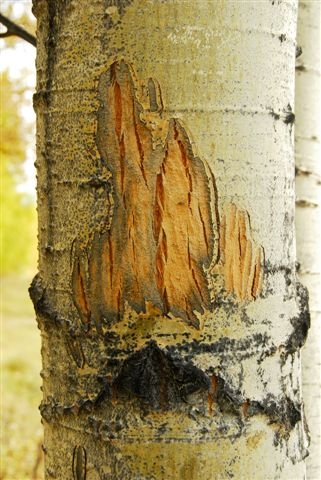 I've always been fascinated with the "eyes" of aspen. What happens to make them? 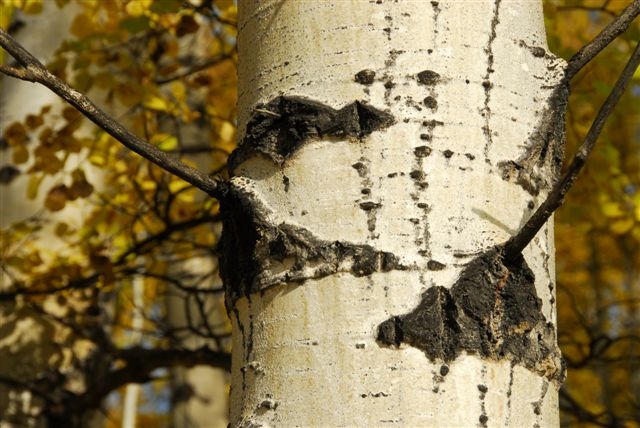 Soon I was back to taking photos of the gorgeous white-yellow-and blue combination of sky and forest. 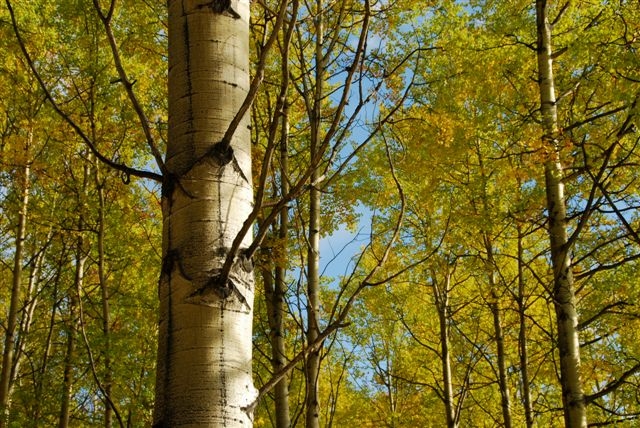 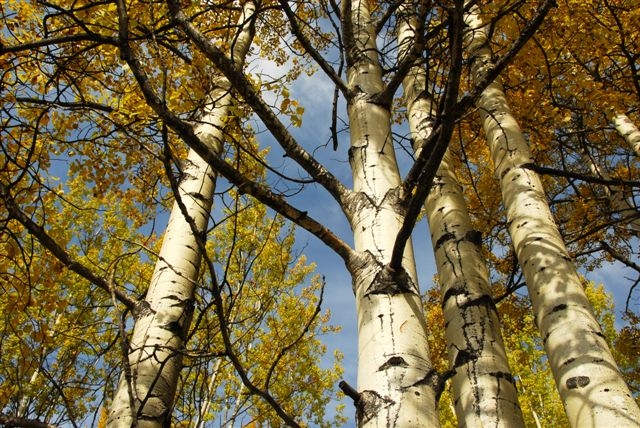 Time to get back in the van and carry on. As far as photos go, we're almost home. As far as miles go, well, we're still in Canada with about 2000 miles before home. One more post tomorrow and it's the end of the roll, so to speak....if images were still captured on a roll instead of a flash card....if images were still captured on actual tangible film instead of......instead of.......how ARE digital images captured anyway?
Posted by Judi at 7:42 AM