The Pipeline and Back to Fairbanks

We were thrilled with our experience of the Northern Lights and being able to get photos of them. We stayed up all night in freezing temperatures getting photos. Whenever they faded away, we'd drive some more, making our way back south. Eventually, we drove back into the tall forests and could no longer see them.

At the beginning of the journey "north of north" we were driving in two vehicles. We first thought we would follow in our van all the way to the Yukon River. The road was so terrible we decided to stop at a nice big pull-out and park the van. We were worried about leaving it vulnerable and alone in such a desolate area but concern over the wear and risk to our tires, following behind in our leader's dust and trying to keep up with them, all won out and we parked it.  We were in a hurry to gather our stuff for an all day-and-night trip but managed to transfer vehicles and be on our way.

When we arrived back at our van after in the morning, it was about 5:30 a.m. A trucker was parked in the pull-out with his engine running; he was evidently sleeping. The Fisherman took some more photos of the sky while I started to transfer all our junk back into the van. As I sat in the driver's seat, turning the engine on and starting the heater, I looked out the passenger window. My goodness that window's clean, I thought. Until I realized that we had left it completely down all day and all night! We'd been worried about it's vulnerability, left there alone at a desolate pull-out, and here we'd left the window completely down. Oh, it was locked - good for us. Surveying the contents, we were very relieved to see nothing missing or even disturbed. Clothes, generator, shotgun, laptop, all the photo flash cards of The Fisherman's summer picture-taking - they'd all been left vulnerable for over 18 hours in the middle of nowhere where cars pass by regularly albeit infrequently. We could have been cleaned out and no one would have ever witnessed it.

I won't mention whose window was left down.

While The Fisherman took more pictures, I crawled in back. I was freezing cold. I was wearing three layers of clothing and got under six blankets. We slept till about 9:00 a.m. When we got up, I noticed this sign across the road from us. After driving all day and all night on the famously rugged Dalton Highway, I thought it worthy of a photo. 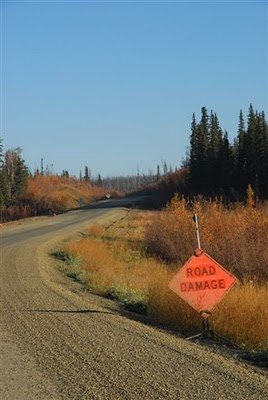 And note the special message that some Hawaiian traveler wrote in the dust of the sign.

We then hit the road back to Fairbanks.  We'd seen the Pipeline all along our drive north. 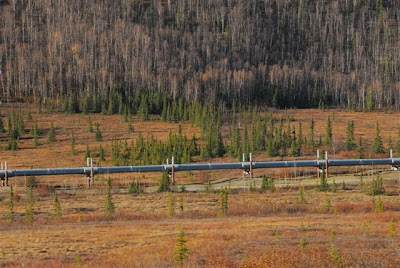 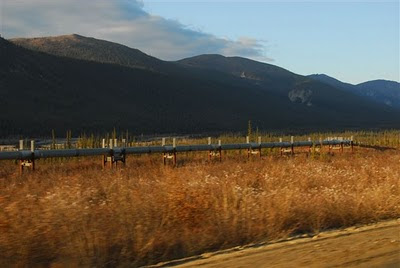 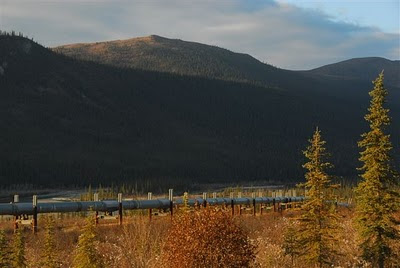 We stopped at the Alaska Pipeline exhibit just outside Fairbanks. They've set up a few displays and an information house at one point along the oil pipeline. 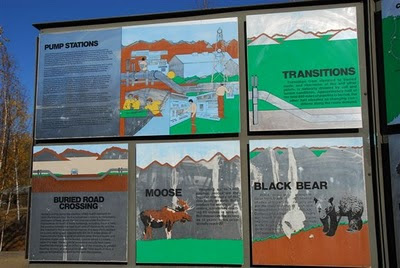 Sometimes the Pipeline crosses the road overhead but mostly it crossed underground.
To improve the flow of oil in the Pipeline they send these things called "pigs" into it. There was a nice display set up to explain it. 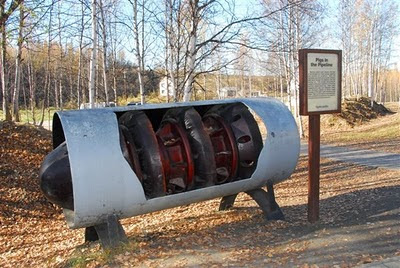 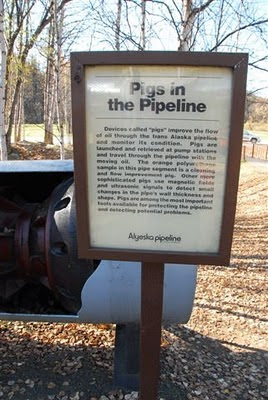 There was a nice photo-opp mileage sign we had to take advantage of. Problem was, the sun was so bright I couldn't even look into it. 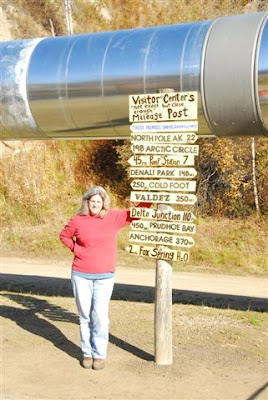 Nice squint there, Judi. I think we need to take another one. 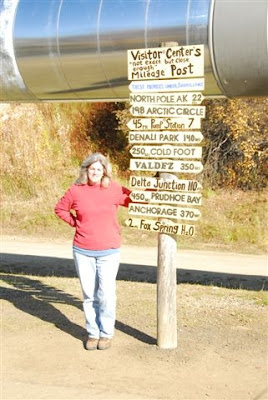 Now I'm crying, the sun is so bright. 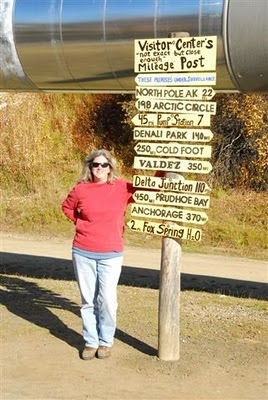 Ahhh, that's better. I could actually smile in this one.
Here is a sculpture model of the Pipeline's path across the state of Alaska. See our van in the parking lot? 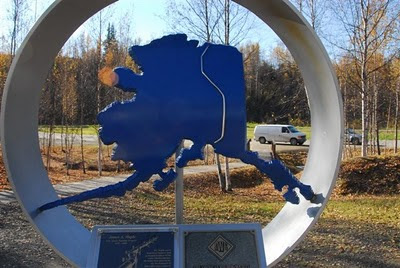 I really wanted a picture of me standing under the Pipeline showing the whole deal. So, here we go again with the sun. 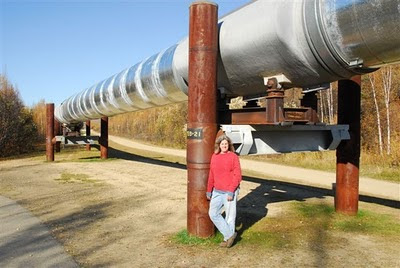 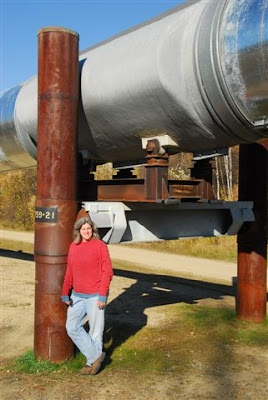 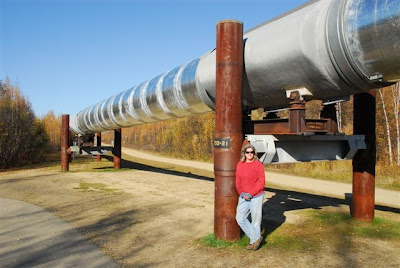 There we go! That's better.
We spent the day in Fairbanks, just looking around. We went to Pioneer Park and were disappointed to find it closed. Not entirely closed, though. We could go in and walk around, but all the gift shops and museums were closed for the season. It looks like a great place.  We also found a spot on the Chena River where The Fisherman just had to throw in a line and try to catch his first Arctic Char. 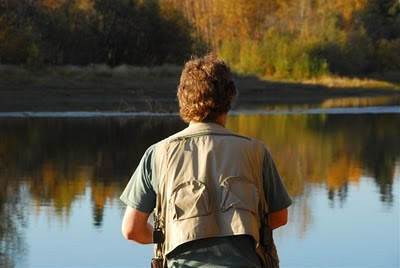 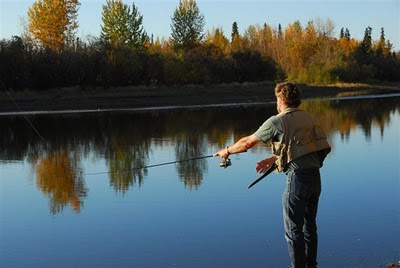 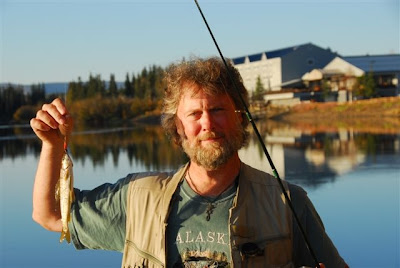 Hail the conquering fishing guide!
﻿
Posted by Judi at 8:05 AM