We left Anchorage in the evening when the sun was starting to get low.  Going south out of Anchorage takes you along the Turnagain Arm of the Cook Inlet.  I've heard it was so named because as Captain Cook was exploring the inlet, he followed the coastline.  He came to the "arm" and continued following it, only to eventually realize it was just an inlet and he would have to turn around as he had done several times before on his journey to explore the western coast of Alaska.  So, it was named Turnagain Arm.

We had gorgeous golden light for most of our drive.  And then we saw it.  A big beautiful rainbow. 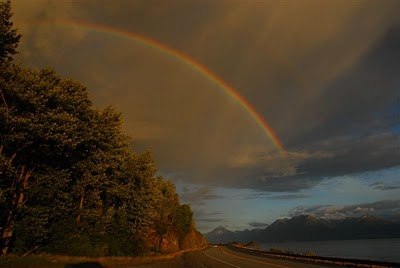 Along the shoreline run the tracks of the Alaska Railroad. 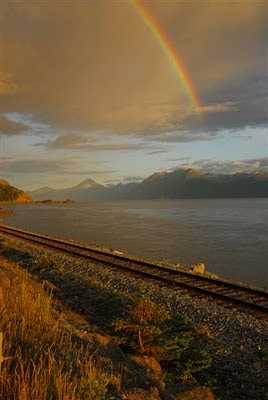 Trains can often be seen on the drive down Turnagain Arm.  We had the pleasure of being stopped at just the right spot to view some interesting curves and watch this train coming from a long ways away. Note the road to the left of the tracks; both hug the mountainous shoreline as it wends it's way down to a narrow dead end some 20-30 miles down. 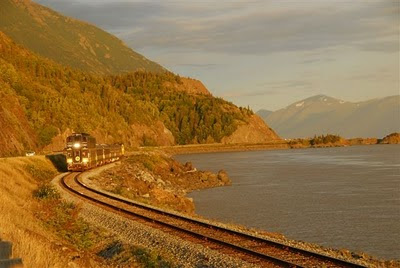 We got back in the van and drove a little ways further where we simply had to stop again because we had an even better view of the rainbow.  It was so big and so close, we couldn't get it all in the picture. 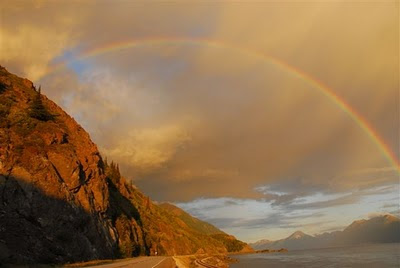