After we did Martin Buser's sled dog kennel tour, we went back to Anchorage for a day or two.  We hit some of our favorite spots in the downtown tourist area:
The Army-Navy Surplus store that doesn't sell Army or Navy surplus items but does sell Carhartt outerwear, great rain wear and such.
We also hit Susie's Woolies, the Irish store that sells beautiful wool clothing and always has great Irish music playing.  This year Susie had her little Sheltie dog leashed up outside and sitting in a chair. We had a great time visiting and playing with it before we went in.  Then, just like last year, we talked with Susie about her recommendations for some fun, fast paced Irish music.  We came away with a purchase from her own collection as well as some great band names and resources.
Across the street we dashed into The Quilted Raven where I fell in love with a wall hanging pattern of salmon jumping and swimming.  I also bought a grizzly bear pattern and a moose pattern.  Now...let's see if I actually get around to making them...seeing how I still have 90 squares to still piece together on my current project (and then buy the border fabric (and sew it on), buy the batting and backing and actually quilt the monstrous thing!!)
In years past I've taken photos of sights in Anchorage - the sod roofed Visitor's Center, the giant hanging baskets of flowers on the downtown lampposts - but this year, my photos ended up being close-ups of just a few sights.
I have really gotten into what I'm calling "texture photos".  They're not all literally textures, but because they are close-ups of much larger things, they kind of are.  It is the texture found in the small portions of larger things that attracts me.  While some of the below subjects aren't necessarily "texture photos", they are subjects isolated out of the larger scene. The others are more truly what I consider "textures".
Here's a shot that captured my attention.  It's the shingled roof of an outdoor shed, which oddly has moss growing on all the ends.  I loved it. 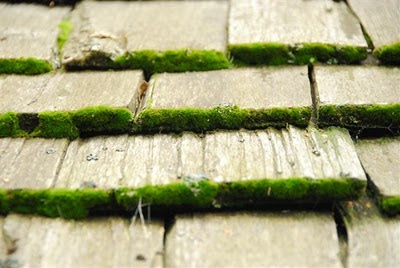 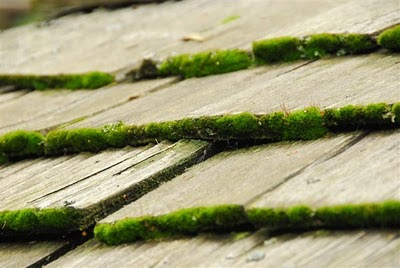 Then, of course...who can resist taking photos of beautiful flowers.  I love the tissue paper-like tubular folds of these petals.  I have no idea the name of this flower but I sure enjoyed looking at them closely. 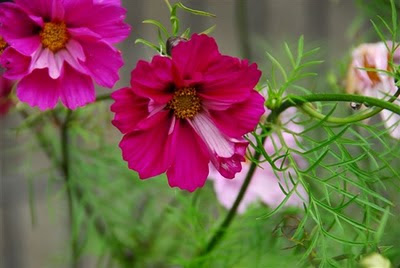 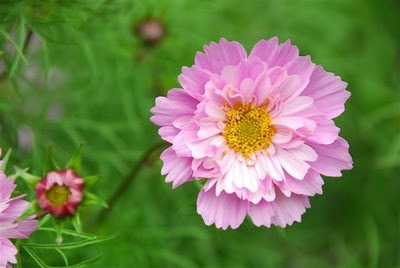 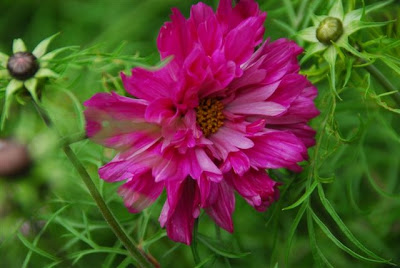 Then there were these cool conks growing on a birch (I think) tree.  The first time I ever touched a conk, of a different variety, I was so surprised that it felt freezing cold and my fingers left a thawed looking imprint. 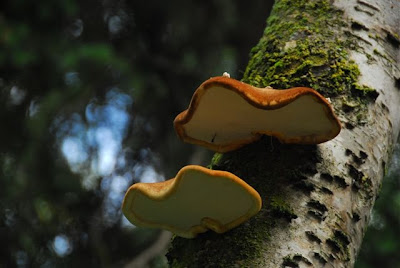 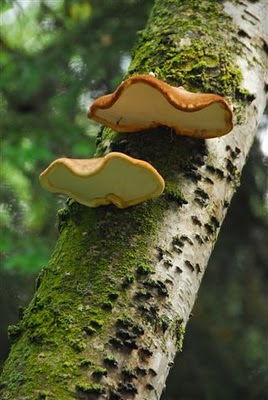 The mossy shingles, the flowers, and the conks were all found in the Anchorage Zoo, something that was a nice experience but we don't feel the need to ever do again.
This next series of photos was taken in the quaint downtown area of Anchorage. To be exact, it was on 5th Avenue outside the Glacier Brewhouse, a nice restaurant/brewery that has some of The Fisherman's favorite beers.  The inside of the restaurant has lots of wood and the ceiling is concave with beams running across it.  It's intended to mimmick the inside of a beer barrel and does so nicely.  (Not that I've ever been inside a beer barrel.)
For some reason, I love rusted metal.  I also love old fashioned iron ornamentation.  This great grate was situated around a small tree, one of many, along the sidewalk. 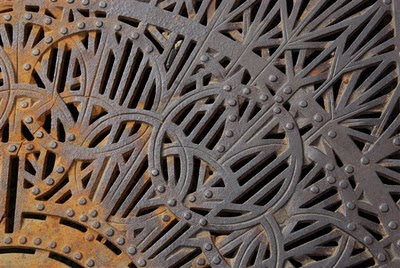 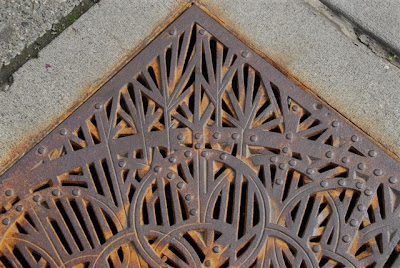 Where in the world does a city buy such cool street ornamentations? 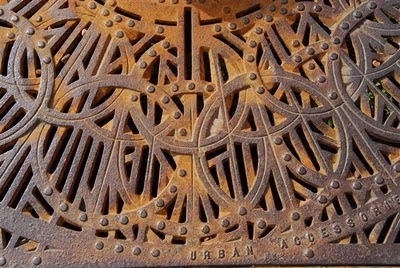 Why, Urban Accessories, of course. 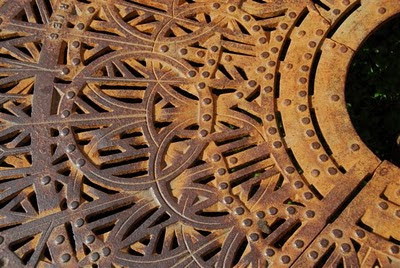 While I was only interested in straight down shots of this "texture", The Fisherman suggested I take one from almost ground level.  I really like how it turned out.  I love what the angled point of view has done to all the many directions happening in this photo. 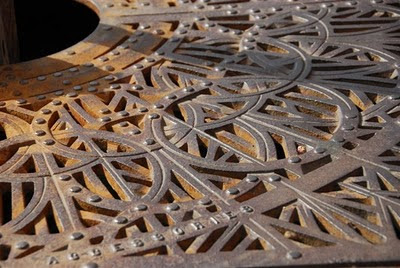 Well, that about sums up my Anchorage photos, not that you can now say you've seen anything of Anchorage because of them.
I have more "texture" photos I've taken in recent years.  I've been meaning to dedicate a separate post to them someday.  Some you've already seen along the way, but I'd like to put them together in a collection.  I have enjoyed noticing the detail of larger things.  It seems to be a little bit "my thing" lately.
Posted by Judi at 7:29 PM