Another one of the towns on my Kenai Peninsula Passport venture is Ninilchik (Neh-nil-chik). There's not a lot to this little seaside town and as with many wind-whipped, salty-aired communities, it looks a little rundown. Even so, it has some nice appeal to us.

It's around this area where The Fisherman has taken me to see bald eagles on the beach in the early part of the season.  They perch on the sandy cliffs behind the beach and when the boatmen dump the remains of their fish into the water the eagles swoop in for a feast before the waves and tide take the food out to sea. One time I stood and counted all the eagles I could see from my single vantage point. I counted close to 100. It's an amazing place to be. Cold in early May, but amazing.

Here are a couple nice photos of Ninilchik eagles (from 2008) that didn't make the final cut for The Fisherman's photo work. I was with him for these photos and I tell you, it was awesome! 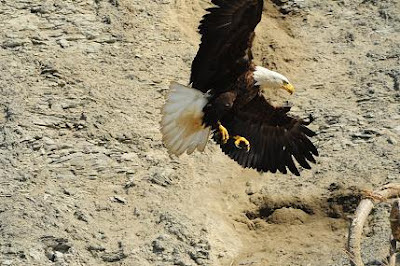 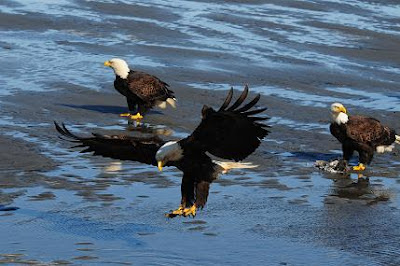 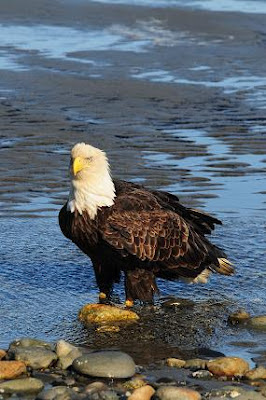 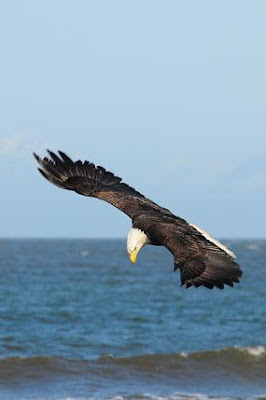 Another thing the Ninilchik area holds is the old Russian Orthodox church, which I wrote about here. Since the U.S. bought Alaska from the Russians, there's quite a Russian influence present. The names of things is one evidence of this. Ninilchik and Nikiski, are just a couple examples.

For awhile this summer I was so busy with work, overtime, and personal business on my agenda that it felt like I hadn't had a real day off in ages. Finally I was able to take another day trip. I headed for Homer but on the way stopped to get my "passport" stamped in Ninilchik.

I'd never seen the cute little coffee shop before. (And I do mean little.) It's called The Buzz. If only I liked coffee, this would be a great place for me. The staff was friendly, the tiny inside was quaint, and it came complete with a couple of locals just hanging out for a bit of social time. 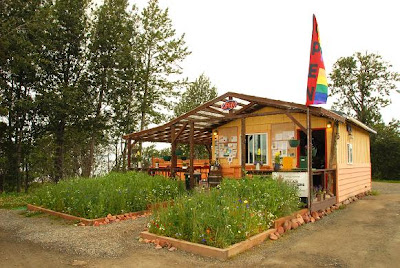 As I walked to the porch I knew this was going to be a fun stop.
The path was sprinkled with some of my favorite beach stones, ones a co-worker calls "sugar stones". They're kind of translucent but it's obscured by a rough, cloudy surface tumbled in water and sand. 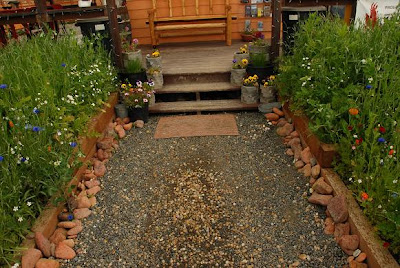 The flower boxes were so quaint. 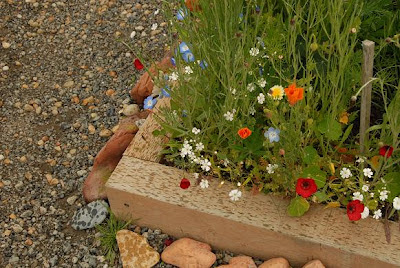 The edges were lined with orange rocks that looked like terra cotta clay from the southwest, or the red rock of Sedona. Being from Arizona and so familiar with this color of rock, I at first I thought nothing of it. But then did a double take remembering how out of placeit is in Alaska. 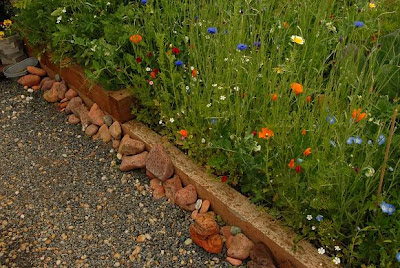 I learned it's only found in this area between two stretches of beach and is the result of volcanic eruptions from "my" Redoubt and it's sister volcano, Iliamna (Illy-ahm-nah) across the Cook Inlet.

I love this next photo. I like it for it's composition and the single bit of blue color spilling over the wooden border, but that's not the reason I LOVE this photo. The reason I love it is that..... 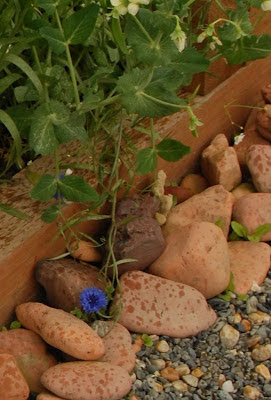 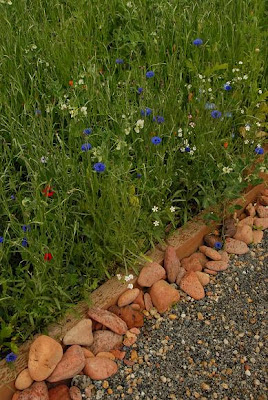 Wow! Can you find it?  When I started messing around with zooming and cropping and saw how clear it came out, I became very impressed and pleased with my camera!

Another charming thing about The Buzz Cafe is their doormat. Just look at that thing! 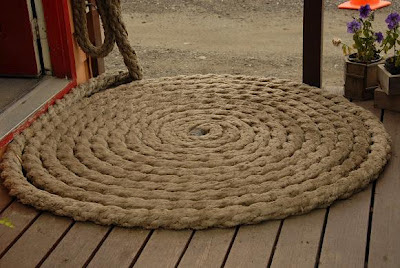 Being a nautical community, it's fun and creative that they've incorporated
giant dock rope into their porch decor. It's cool how they started at the center, coiled it up around itself and then hung up the excess
alongside the door. 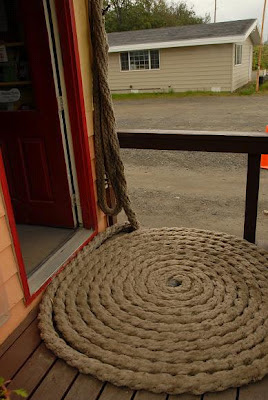 Another shot of quaintness comes from all the old coffee pots filled with flowers! 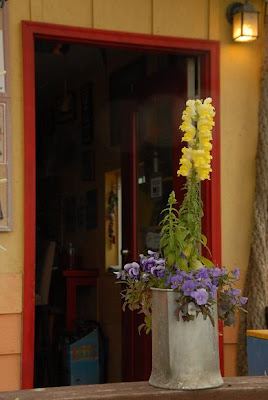 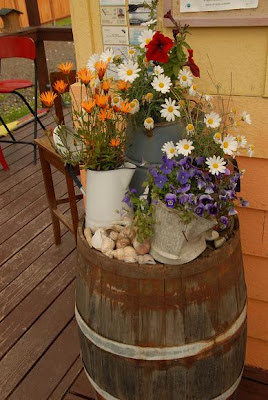 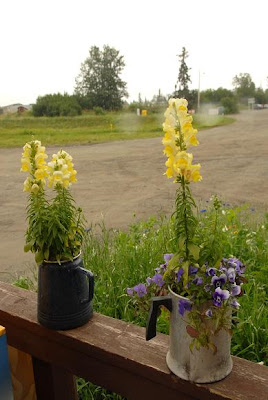 I love the red table, too. 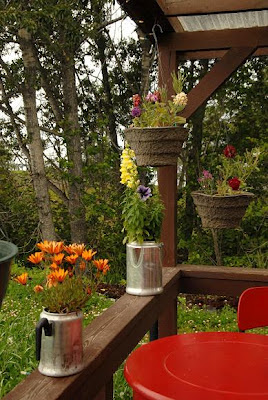 The Buzz Cafe in Ninilchik.
If you're ever "in the area" stop by and see how cute it is!