The town of Kenai is just about 10 miles from Soldotna. They're often called the Twin Cities around here. Kenai has a great Visitors Center where there's a museum, gift shop, and films about the Kenai Peninsula and Alaska run all day long. There's also usually an art exhibit of some sort.

For one reason or another, at the beginning of the summer I had to go to Kenai a bunch of times. At Kenai, the mouth of the Kenai River enters the Cook Inlet of the Gulf of Alaska. There's a big bluff overlooking the river and the inlet. I found a little park from where I could look out over the bluff at the water and the mountains to the south. Seagulls, water, sea smell, snow capped mountains, and Mt. Redoubt. It's so peaceful there. 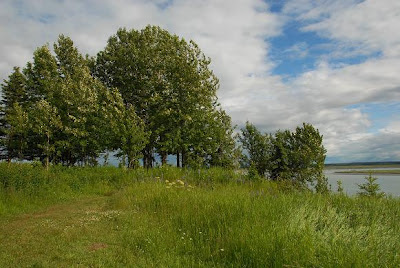 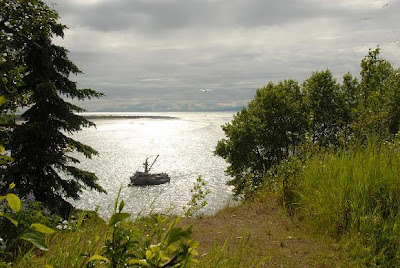 One day at the park a whole bunch of seagulls were riding the air current straight out from the bluff. It was so cool to see them almost hovering in the air so far above the water but some of them at eye level for me. 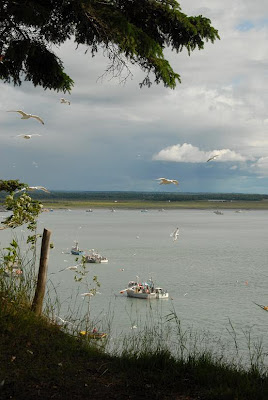 As I positioned myself to look downstream along the bluff's edge, I saw dozens and dozens of seagulls floating on the air current right at the edge. 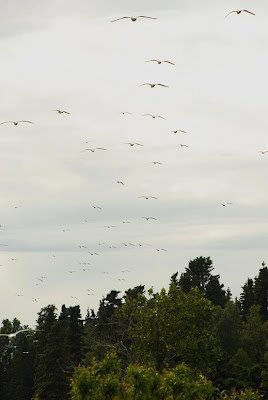 A little later I saw this: 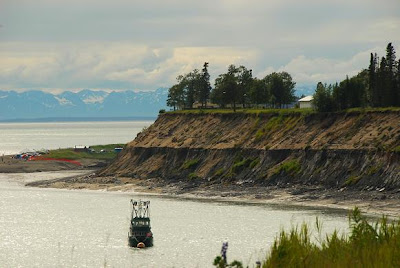 Dipnetting season on The Kenai River lasts about 20 days, so EVERYBODY's there. 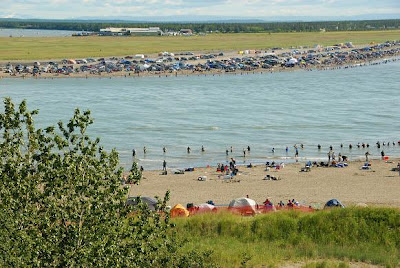 Fisher-families camp on the beach for the weekend or whatever handful of days they get off work for the event.  This year the season was from July 10-31. 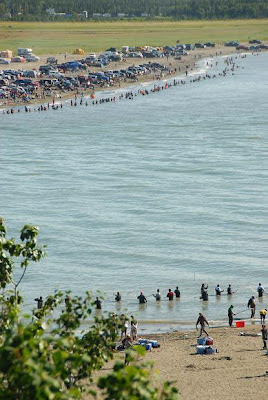 It's quite an event that The Fisherman and I would like to experience at least once. But you have to be an Alaska resident to participate. 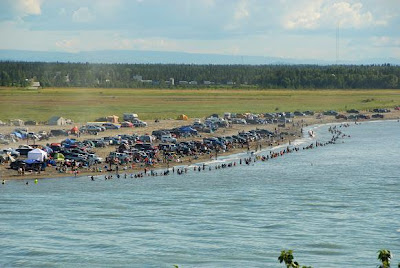 And the rule is very strictly enforced. In fact, non-residents are barely allowed on the beach during dipnetting. 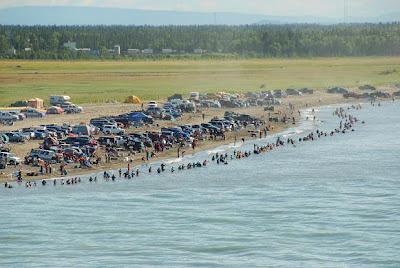 Non-residents are not allowed to participate in any part of a resident's dipnetting, not even carrying a tackle box. Of course, Game and Fish has a big presence on the beaches. If your non-resident guest is caught holding a net, carrying a tackle box or touching a fish, you could lose all your catch and probably suffer the loss of your privileges. Alaska is serious about managing their resources. The resources belong to the residents. Non-residents are allowed to share them in to only certain extents. 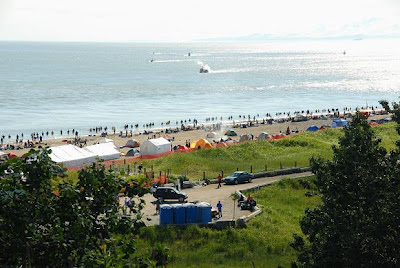 Even the seagulls seemed to be camped out, waiting upstream for their share. 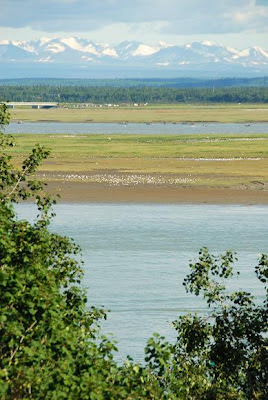 In dipnetting, fishermen literally dip a net into the mouth waters of the Kenai River and salmon swim right into it. 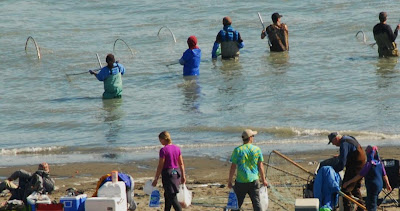 And the nets are giant. Three or four feet in diameter and very long.

They break down into several segments so they can be more easily transported to and from the river. 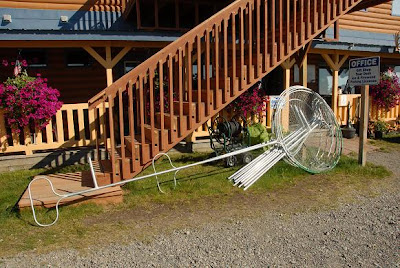 One day in Soldotna I saw a little compact car with two women inside and a big ol' four foot dipnet strapped to the roof, overlapping the edges.

Before I left Kenai this particular day I saw this boat smoothly cruising in amongst all the shoreline hubbub. 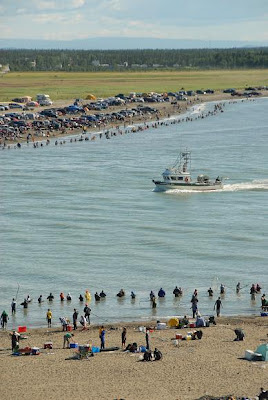 As I drove away from the bluff, I decided to explore the Old Town a little bit. I came upon this beautiful American flag hung outside an old house. I thought it was so striking looking, against the honey colored siding, that I had to turn around and get some pictures. 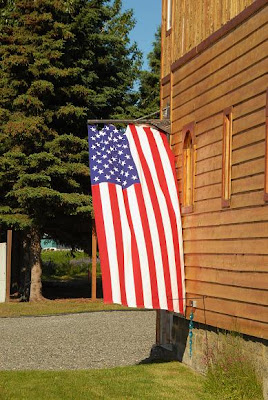 While I was shooting, the owner came out from his garage and I talked with him a little bit.
He told me, "That's the flag of a dead Army man."
It's the flag given to his girlfriend upon the death of her veteran father. They hung it up in his honor.
I don't know if I've ever seen an American flag hanging straight down like that. And because the rod was a little shorter than the width of the flag, it's kind of bunched up. There might be some breach of "flag etiquette" here but I certainly don't care. It was so pretty lifting in the breeze. 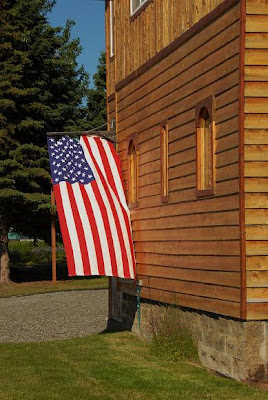 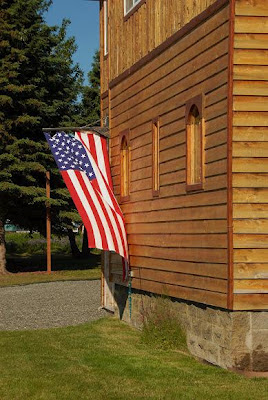 I think it's beautiful. 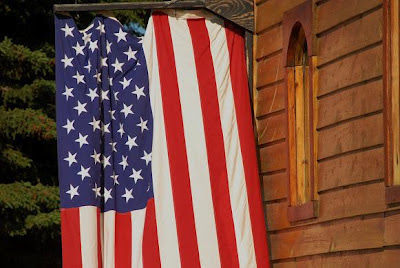