These were taken back in December after one of our weekly snowstorms. By the time Christmas came, we'd already received our average yearly snowfall. Even a little more. About 40". 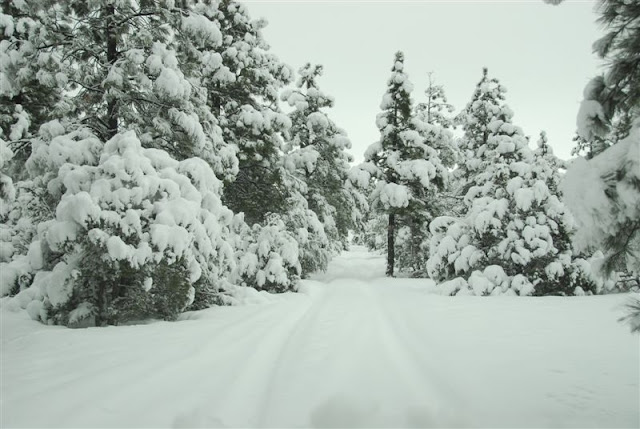 The whole landscape seemed to be under a heavy shroud of grey snow clouds
while all the trees below were freshly flocked from the overnight snow. 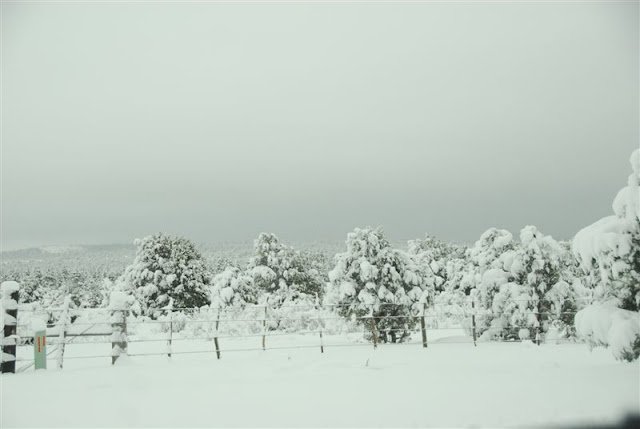 The snowplow had been by but still the road was icy white. The cabin on the right is one of my favorites. 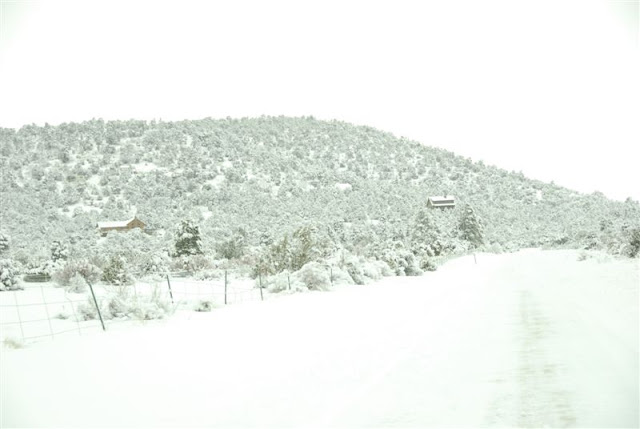 Though this snowy photo doesn't show it, the roof is of a rusted corrugated metal sheeting. (There I go again, finding beauty in corrugated metal and rust!) But the cabin isn't old. I watched it being built. From the moment it went up, it looked like it'd been there for decades. The wood was rugged and aged looking. The sheet metal roof was even rusted. I love it! 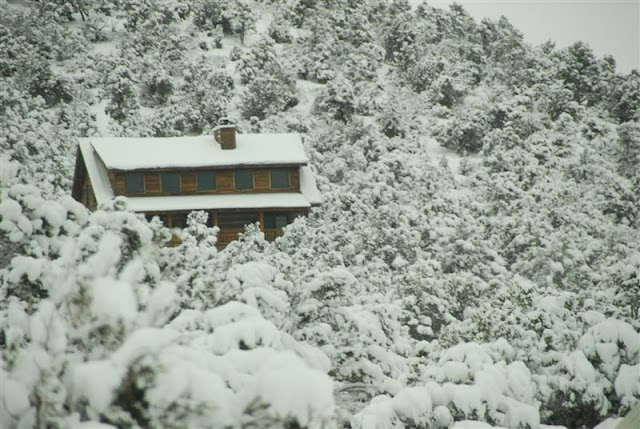 After all these years of admiring this new-old cabin, I finally had a thought that might explain why it looked old when it was brand new. There is a beautiful lake in this region. It's on Indian land and at 9000 feet elevation. The trees are gorgeous. Huge. The whole area is stunning and ultra desirable. Though the Indians owned the land, they allowed 100 year leases to non-natives who built cabins and enjoyed the lake for summer retreats. Several years ago, the natives suddenly terminated all the leases. Needless to say, cabin owners were furious. They'd invested a lot of money in building their cabins under the assurance that they could have them for 100 years. It's the kind of thing that would be passed down to future generations. Everyone was outraged over the breaking of the contracts. Suspicion swirled that one of the motives behind it was to inherit all the nice cabins built around the lake. Cabin owners weren't about to let that happen. Many of them hired companies to dismantle their cabins, transport them to new land, and re-assemble them. Other cabins were sold and the new owners did the same thing.

So, maybe, this instantly old cabin that I love is one of those lake cabins. And actually IS old. Hmmm.

Anyway, back to the photos.


Our little community was pretty iced over that December morning about a month ago.
Trees were sagging with heavy snow. 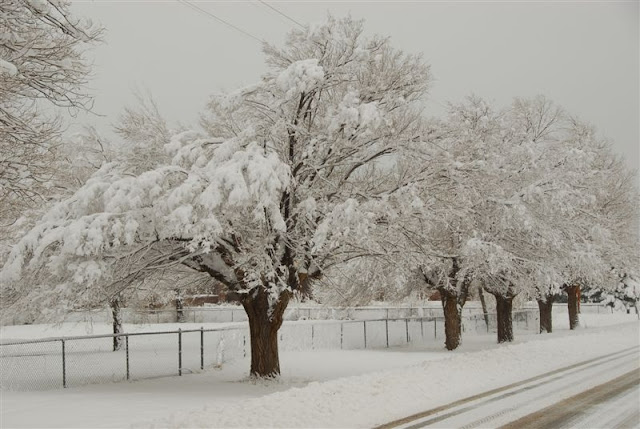 The road was icy and white. Even the power lines stretching high across the street
were covered with snow. 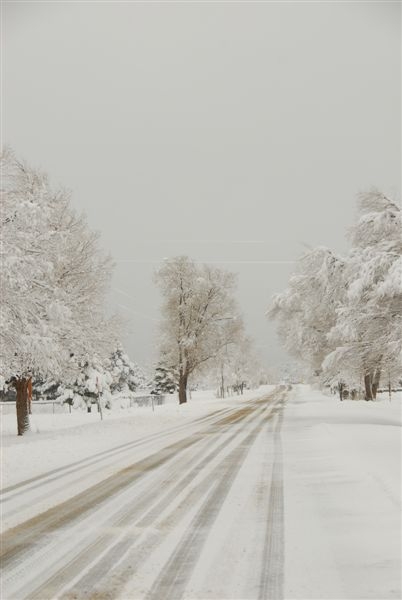