And Now My Brother 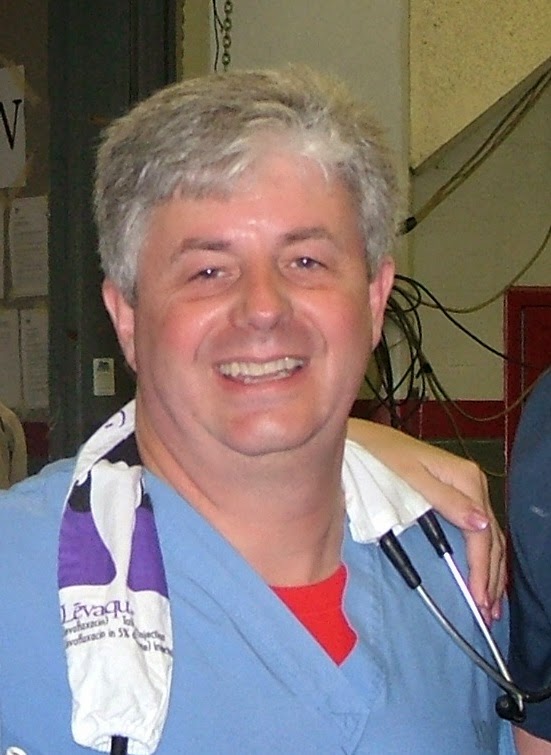 I haven't wanted to write about it.

I haven't wanted to believe it.

But, it's time. It has been two months since my oldest brother passed away suddenly. Though it is intellectually very real, it remains emotionally surreal.

He didn't feel well that Saturday. We had his party that night, though his real birthday was three days before. He turned 61. He hadn't felt well all day and was growing tired, weak, and pale. He didn't eat dinner but sat with us all. His son took him to an Urgent Care Center, one he had recently resigned from as Medical Director, that he knew was open late. When they got back two hours later, he told us he needed to go to the ER. He said he was bleeding. Inside.

When his four-year-old granddaughter began bringing him his birthday gifts to open, saying, "Here's your presents, Papa," he mustered the strength to cheerfully open them with all of us around. He smiled and talked sweetly to the children as he did, like nothing was wrong. Like he wasn't even worried. But I know he was. Then, he needed to lie down a few minutes before going to the ER. He was so pale, and said he was dizzy. It was then The Fisherman said, "We should go now. We should do what we can to quiet the house so he can leave with less commotion going on around him." The thoughtful Fisherman. Perceptive and kind.

I hated to leave. I didn't want to leave. I wanted to stay and see him all I could.  I was worried. But the Fisherman was right. I went to my brother's room to say good-bye. His oldest son was in there leaning on the bed telling him a story. They were both laughing. I had to slightly interrupt them to say good-bye. I leaned over the bed and Dave turned to me, his face still wearing the smile of his laughter. He lifted his head up and we hugged as best we could. I told him, "I love you. We'll be praying for you." He said, "Love you, too."

It was the last time I saw him. It was an incredibly sweet last moment. The Fisherman gave me that. God gave me that.

My brother was admitted to the hospital over night and was scheduled to have a scope done the next day, mid morning, to ascertain where the bleeding was coming from. He went into cardiac arrest during the scope. They worked on their fellow physician a long time. More and more of us gathered in the waiting room. Pacing. Praying. The tension was awful. He did come back, several times. We had a reprieve for about an hour. But then he went again. And was gone. Gone for good this time.

It was the most painful experience of my life. It was wrenching pain. No! This can't be real! No!

It was my own pain. It was the pain in everyone else's eyes. Red faces twisted with brutal, streaming tears.  Shaking heads. Desperate hugs. Clinging. The Fisherman. My brother Paul. My nephews and niece. My sister-in-law. And so many loving friends. The kids' friends, there for them. We were a mess.

It was just too soon. Too sudden. Too wrong.

The tears keep coming. They will for a very long time, I know.
Posted by Judi at 9:48 PM