Catching Up With Big Changes

I suppose I'd better back up a bit and explain some things. In late spring I got laid off from my job. The ministry where I worked in our mountain community was struggling financially. The only recourse was to cut payroll and cut it rather drastically. Five of us in the small ministry were laid off and operations were creatively reorganized. God has blessed and they are doing really well. It was a good move. While this news was pretty difficult to face, we knew that God must have something else in mind. Though it was scary, I clung to Isaiah 43:19 that says, "Behold I will do something new. Now it will spring forth. Will you not be aware of it? I will even make a roadway in the wilderness and rivers in the desert."

With two days before my last day on the job, another branch of our ministry asked me to work for them. Whew! Finances were still tight but at least I had something coming in.

We had been hoping for a writing job to come through but we just weren't hearing anything. We decided we both needed to go to Alaska again this summer. I called my boss from last year, whom I'd been leaving hanging, and said, "I'm coming!" Great excitement ensued. I was thrilled to be going back to Alaska. I was kicking it into high gear with plans for expanding the Alaska business, creating postcards, brochures, and t-shirts. I even said to The Fisherman, "You know, let's just figure out a way to stay in Alaska through the winter. Let's make this the year we try it."

Two weeks later, I got a call from the ministry saying they wanted to hire me as a writer.Though I had been excited about Alaska, shifting gears took me only about one day. This was my dream job. To write for a living? Sweet!

It took a couple weeks of phone meetings and eventually I ran out of work since I'd given my notice with intentions of going to Alaska. It was getting tight and I was getting scared. Things were taking longer than initially indicated and at one point I wondered if they were rethinking their words, "We want to hire you."

It was worth the wait. I got the job! But this meant a lot of changes. First, The Fisherman and I would be separated again for the summer, right when we thought we were going to spend it together in Alaska. Next, it meant I had to move a couple hundred miles away from home, from the woods, and the cool, and the quiet of our five acres. It meant I had to move TO the big, hot, huge, hot, and very hot desert mega-city we'd escaped from about 15 years ago. But, I have family and friends and a long history here. So, it was also like coming home. My brother and his family graciously welcomed me to stay with them until The Fisherman got back in the fall and we could settle somewhere.

The Fisherman took off for Alaska and I packed up enough stuff to make me feel like myself living in my brother's house. As the assaulting summer heat of Phoenix was beginning to really amp up, I moved down into it. My car was stuffed and brimming at all the doors and trunk. 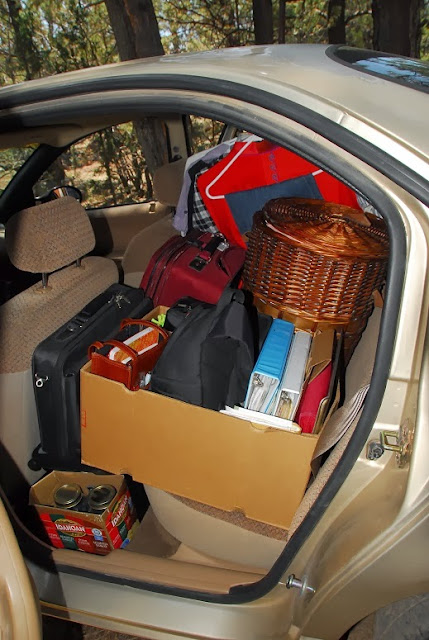 I said good-bye to our summer-sealed cabin in the woods and crunched down the gravel road aiming for the big city. On my way out, clusters of wild iris lined the road and waved me farewell. 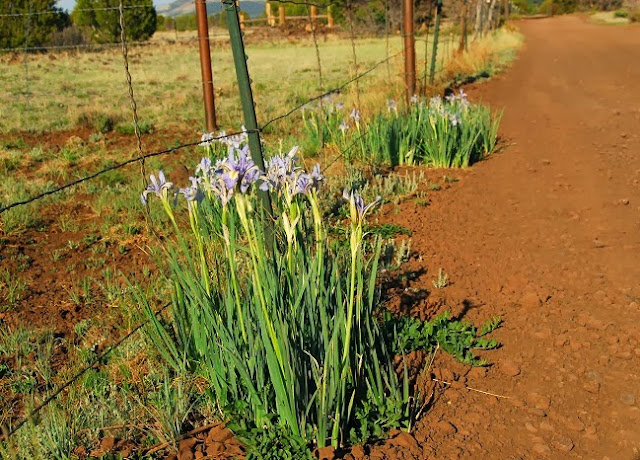 Good-bye wild ones. I will miss you. 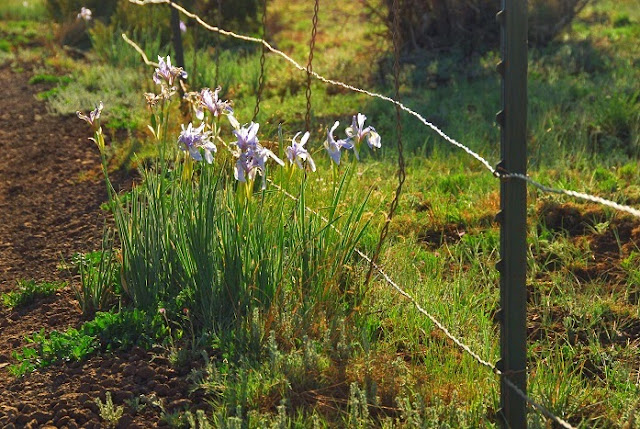 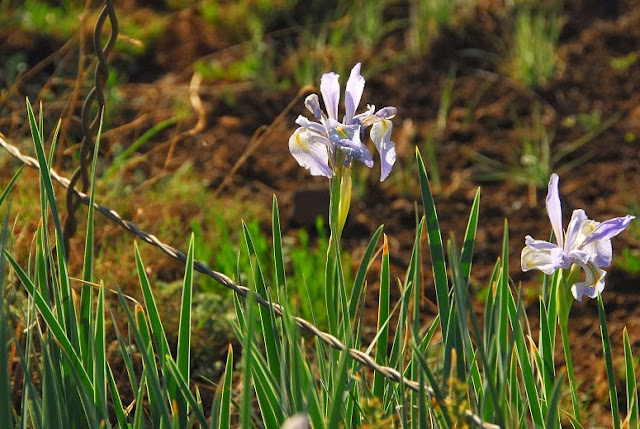 So, here I am. I've been working my new job for six months and loving it! I write stories about the missions trips for the newsletter and I also write copy for emails, the website, the blog, "and other duties as assigned." That's our favorite (or non-favorite?) job description phrase lately as all of us on our team have been stretching our responsibilities and pulling off some big projects lately. 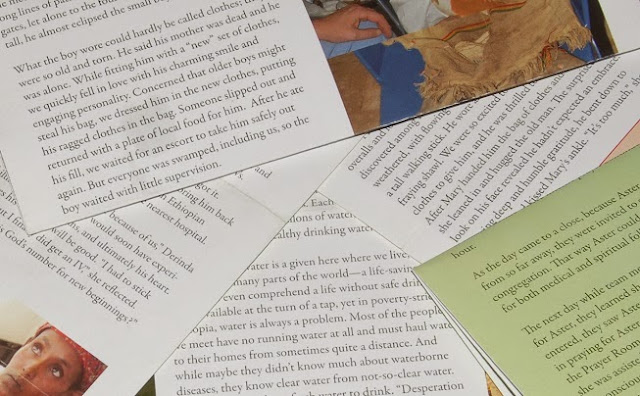 I am so thankful for my job. I love it. I love the people I work with and I love working for something I find so valuable. We have a great team; we have fun, laugh, tease each other, we work really well together and we work really hard. I guess you could even say the gift of this job is like a river in the desert!

It has been six months and The Fisherman and I are still not settled into a place of our own. As soon as The Fisherman got back from Alaska in late September, he was off again on some mission trips to Ethiopia and Zimbabwe. The trips were so close together that we decided it was wiser to just stay there in between. He was gone a month and just got back last week. He will most likely be back and forth between here and home. It's still home, up there in the woods. We're not going to sell it. It's a great haven. So we're going from five acres in the woods to, probably, an apartment in the big city. Who would have thought!
Posted by Judi at 8:30 AM